We last heard from MummyAirmiles on the eastern coast of South America, preparing to board a ship to take her round Cape Horn. We pick up her latest trip on the way home.

Early docking in Valparaiso at  0500, up at 0600, and on the shuttle bus to clear Chilean immigration by 0715. Change of buses (all organised by Celebrity) to transport those of us with early flights to the A Merino Benitez airport in Santiago. Celebrity cruises are highly organised and our main luggage was whisked away from our cabins last evening, and we retrieved it curb side outside international departures at the airport. The deal is Celebrity will get you to the airport if your fight is after 1 pm.

This has caused me some angst over the last year as TAM (Brazilian)/LAN (Argentinian) have either cancelled or changed the flight five times. As TAM/LAN are a oneworld partner, the flight was booked via BA using 40k Avios and £40 for 2 of us to fly in Business. Needless to say the flight was cancelled in January, and I had the rigmarole of phoning BA (again!) to reschedule a post 1pm flight. This was duly done, but to ensure we had seats on a flight to Rio leaving after 1 pm, we were in the ‘back of the plane’!  I will need to recoup some Avios for this.

The laugh is the coach from Valparaiso got us to Santiago at 0900, with luggage ticketed all the way through to Edinburgh, and us in the Voyager lounge using the Lounge Pass courtesy of Amex Gold by 0945!

The lounge was pretty poor, both in terms of decor and food and drink offerings, but it was quiet with wifi. Santiago airport is actually very modern, lots of shops and Starbucks!

A sensible boarding arrangement was employed; with that needing assistance first, then preferential treatment, and the back of plane then front. Why can’t all airlines do this?!

Safety briefing was in Portugese – I think – and it was noted that should we land on water then we pluck the seat cushion from under us and hold it firmly to our chests.

Our flight is overland, so with any luck, shouldn’t be required!

We are on a TAM A320 with seats over the wing, with a fair view. 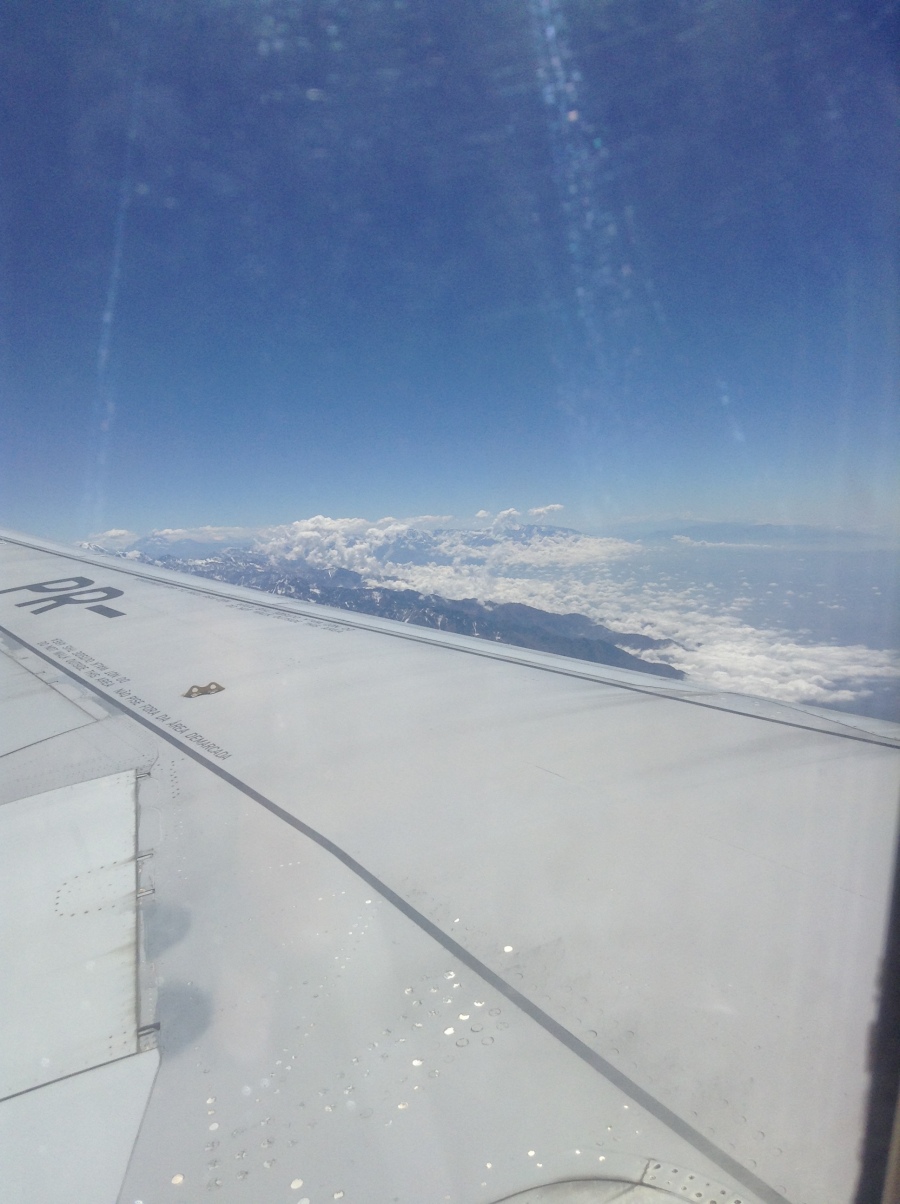 There are 81 in the fleet each with 174 seats. TAM has formed a partnership with LAN and the group is collectively known as LATAM, the largest company of its kind in South America

Took off a wee bit late, with tremendous views over the high Andes 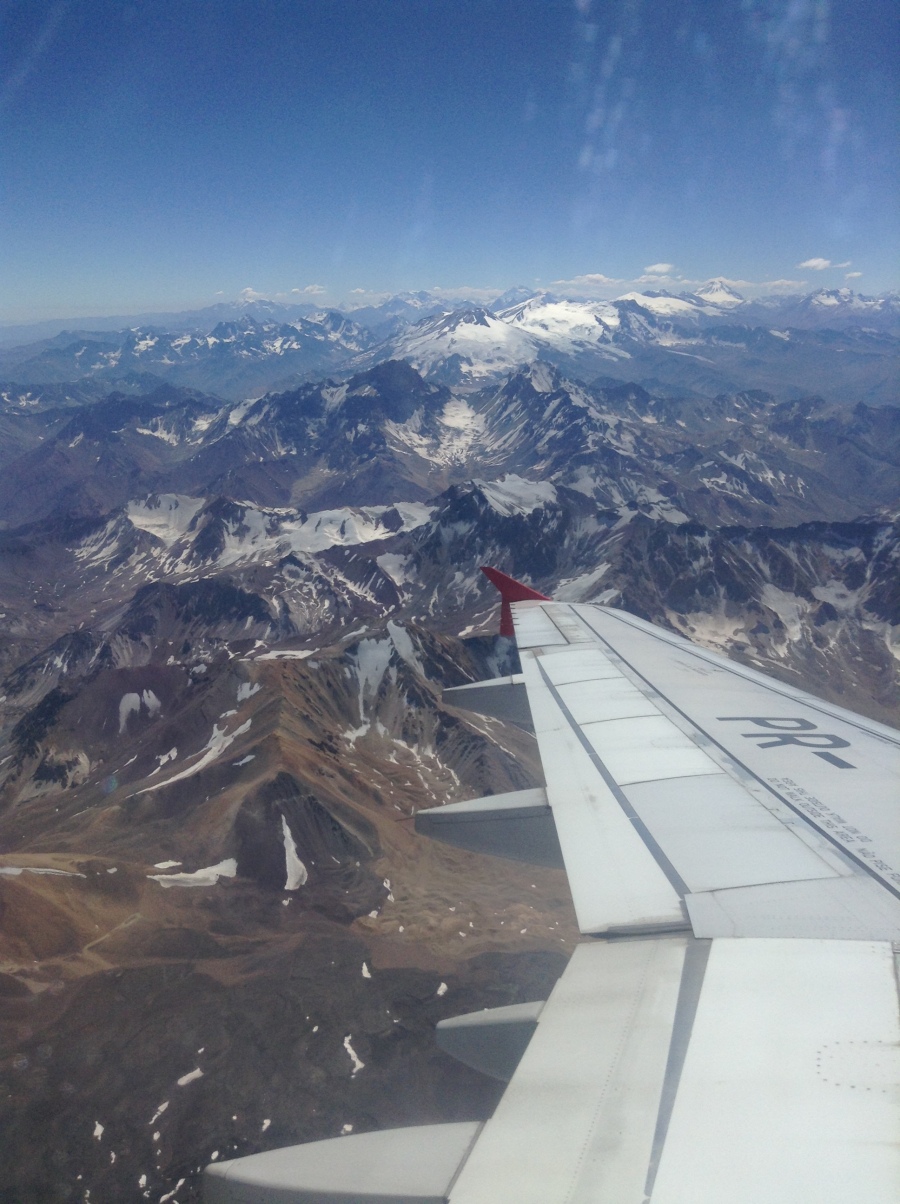 And a minute later, the other side of the Andes….

We had a wee snack on board before landing into Rio.

We will rejoin MummyAirmiles as she battles her way through the airport in Rio. Last I heard she was without a boarding pass and on the way to the lounge to find someone to sort it out. Will she make it onto the plane? Find out tomorrow!

A full plane, economy offering  with no fancy frills