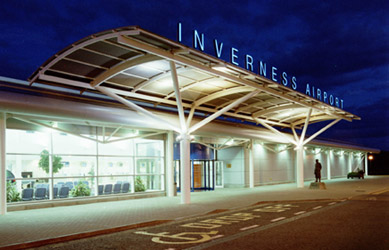 Air Passenger Duty (APD) is a tax levied on fliers departing airports in the UK. It started off, when first introduced, at £5 short haul an £10 long haul; now it can add up to £146 to the cost of a ticket.

An announcement yesterday by the Scottish Government said that there were plans to halve the APD when it became a devolved issue. The BBC discuss it in detail here. This will obviously favour travellers north of the border, many of whom feel they have been long-disadvantaged by the London-centric nature of the aviation industry.

I thought it was worth taking a look at some real life examples to illustrate how APD works and how you can get round it. All the following examples are based on travelling to New York in January 2017 on the same flights in business on BA. 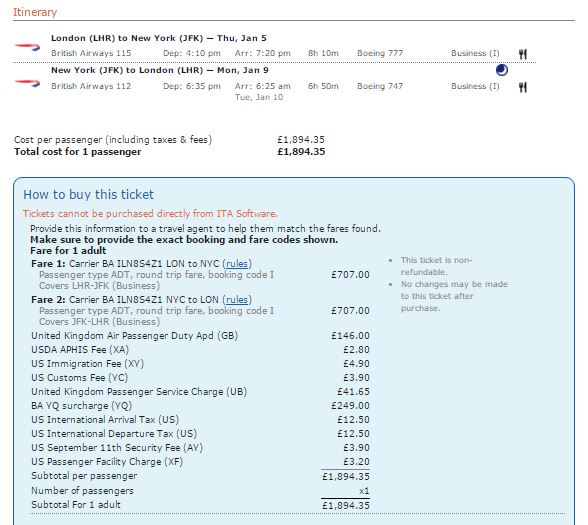 Add in a domestic connection from Aberdeen, and the price increases to £1918. The connection adds on £26 but would earn another 1000 Avios and 40TP in total which I think is good value. 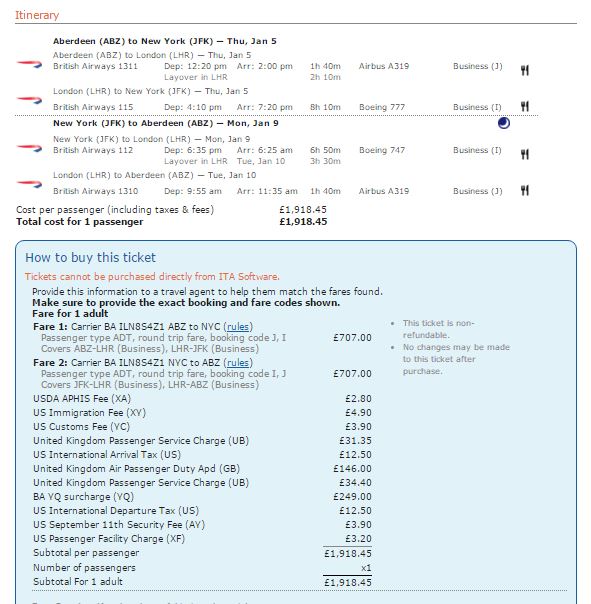 But, this is where things get interesting. APD is not chargeable when departing from Scottish Highlands and Islands, according to this extensive Government document.

Passengers carried on flights departing from airports in the Scottish Highlands and Islands region are not chargeable passengers.

Passengers carried on flights from other areas of the UK to airports in this region are chargeable passengers and subject to APD at the appropriate rate.

The airports in these areas are shown below and, whilst many of them are tiny or have no real commercial services, it includes Inverness which is launching a Heathrow link in May.

This means that a flight departing Inverness will pay no APD, although a flight from London to Inverness would. 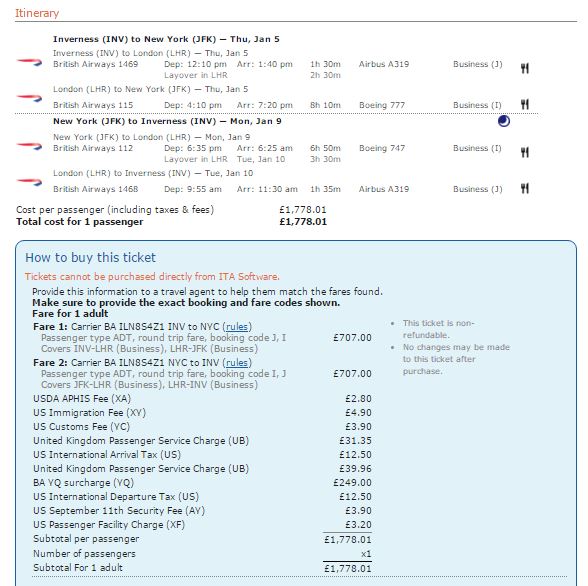 This is great news if you are based in and around Inverness. If you were closer to Aberdeen or Edinburgh it might be worth it, especially if you were travelling as a group.

Even if you are London based you could still save. If you were Avios- and time-rich, you could take a £35 RFS flight up to Inverness for little sightseeing beforehand or do a back to back immediate turn around – as the daily rotation is on the same aircraft, there is no danger of missing the flight.

There are clearly savings to be made when starting your flights in Inverness, but these are still more expensive than starting in Dublin. 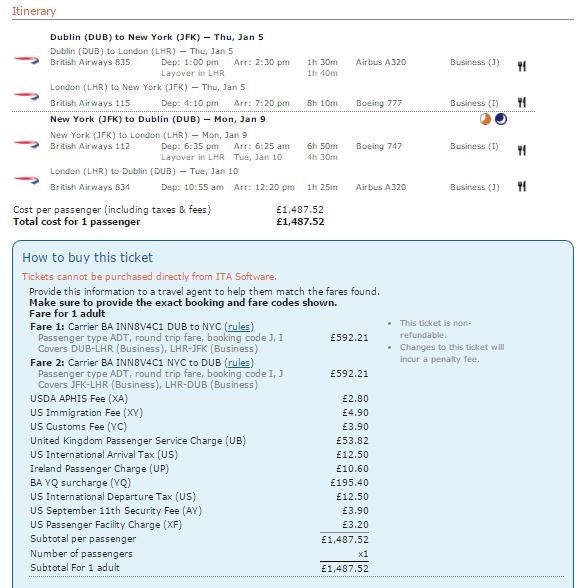 For me, it would make more sense, as I am London-based, to do an exDUB rather than exINV or direct flight as it is cheaper and the DUB-LON legs earn 40TP because they are international. Assuming I took a RFS positioning flight, I would save £372 in this option. In the school holidays when I have time, I would certainly go for this option.

It is certainly a good option for those who live in the Highlands and Islands, and Inverness airport in particular. It is only of relevance really now that there is a BA flight to connect into the network. A reduction in APD would benefit other Scottish airports too, but I am not sure that it will be the disaster that Newcastle Airport think it will. People are unlikely to drive north for 2 hours to Edinburgh to get a flight to save a few quid on APD when they could fly from Newcastle to Dublin and then onwards and save hundreds of pounds!

One thought on “Understanding (and reducing) APD costs”