So, one of the things that make a review hard to write is when you don’t take lots of pictures…

In my defence, it was late and I was already in my pyjamas following a cracking shower in The Pier, so I was tired!

The seat on the Cathay A330 was the standard 1-2-1 layout where feet point to the window or to the centre in a \ /\ / sort of way. It is similar to the seat that Finnair use on their A350 and American use on their transatlantic business class routes – basically it is pretty comfy and turns into a bed.

@deanogalione was more awake on his flight and took these two great pictures of the seat: 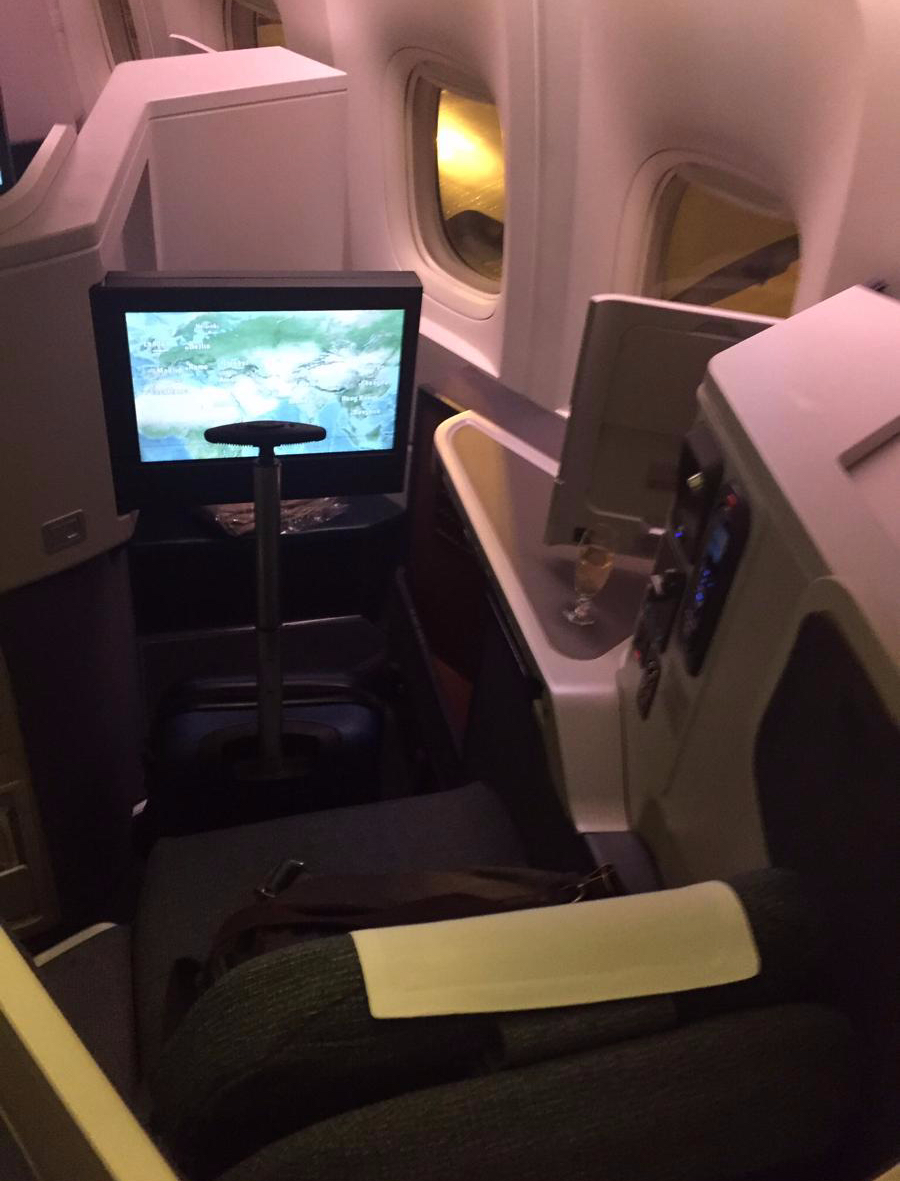 There was plenty of space to put all the bits and bobs one needed. I particularly liked the little display on the In-Flight Entertainment remote which showed how long the flight had left – although mine got stuck and was very confusing when I woke up and thought we still had 3 hours to go.

One thing that Cathay are known for is the recognition they give oneworld frequent fliers, and this was no exception. I had visits from the Cabin Service Director and the crew looking after my side of the cabin, which was nice if a little formal. I was brought a champagne cocktail and nuts very quickly. The downside was that my wife, in the seat in front, who is a oneworld Sapphire through her BA Silver Card was basically ignored – good service for me should also include the people I am flying with. 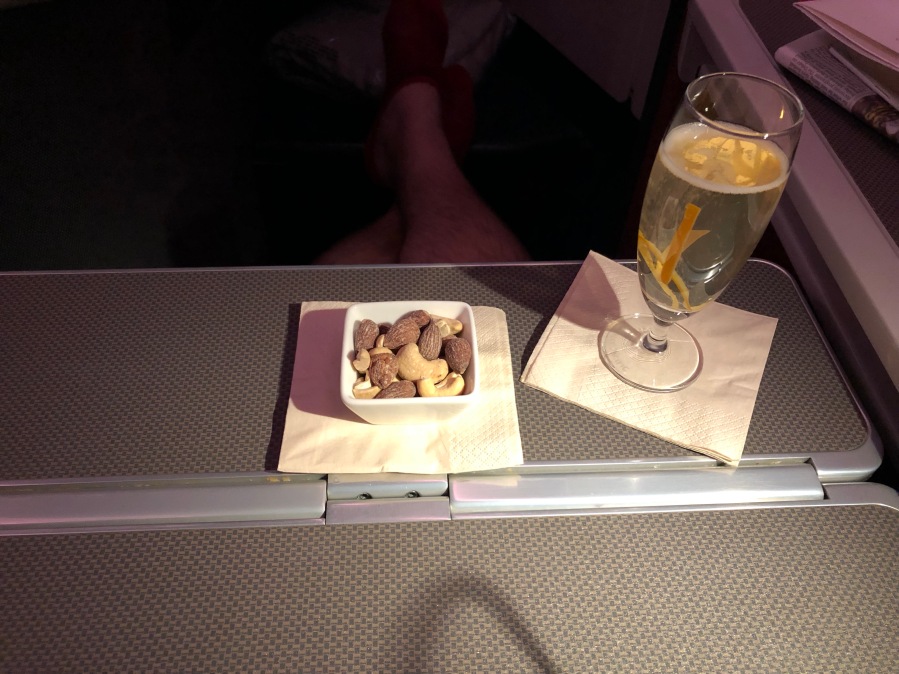 Menus were given out but orders not taken as the food is served from a trolley. I quite like this as it means that you can see the food before you take it.

I started with the scallops which were delicious (you get 3 – I ate my wife’s!), washed down with a glass of champagne. 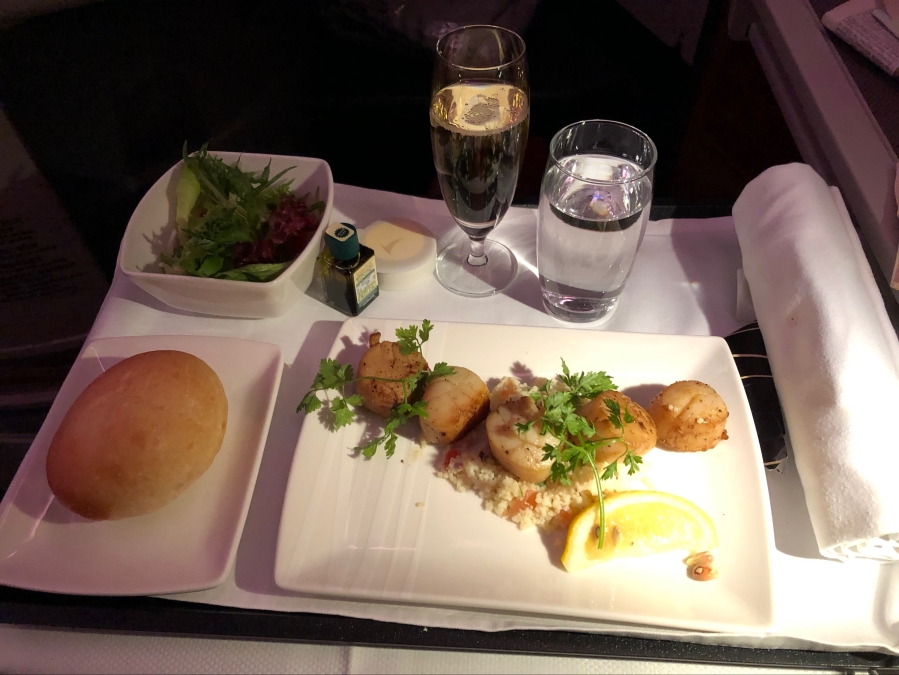 I then must have had the prawns before finishing with cheese and a glass of the French red. It was a little underwhelming, but Hong Kong is probably not the place for cheese…

After a couple of hours sleep, I had a coffee on the decent into Cairns, struck by how green it was. It is easy to forget that it is tropical, and a similar latitude south than Guadeloupe is north.

The plane carries on to Brisbane, and most people were going through but everyone had to deplane. Those staying on were herded into a pen whilst the arrivals went into immigration. We were able to use electronic gates which were pretty simple and despite having to have secondary screening on our bags, we were still out at the car hire about 30minutes after wheels down.

All in all it was a good flight – it did exactly what it was mean to do, in comfort with some tasty food, and I am always grateful for the space that business class provides. I would certainly fly with Cathay again.

The fabulous header image on this post was taken by @super_marek

One thought on “Review: Hong Kong to Cairns in Business Class on Cathay Pacific”