I once did an unexpected back to back in Rome when I went to collect my iPad that I had left on a plane. I was not planning to do the same on this time! This was, in fact, the first time that I had been on a ‘long’ Club Europe leg where you get a printed menu and a proper meal as opposed to the snack or panini that is often derided.

The trip started, as it often does, with a class of champagne in the lounge. 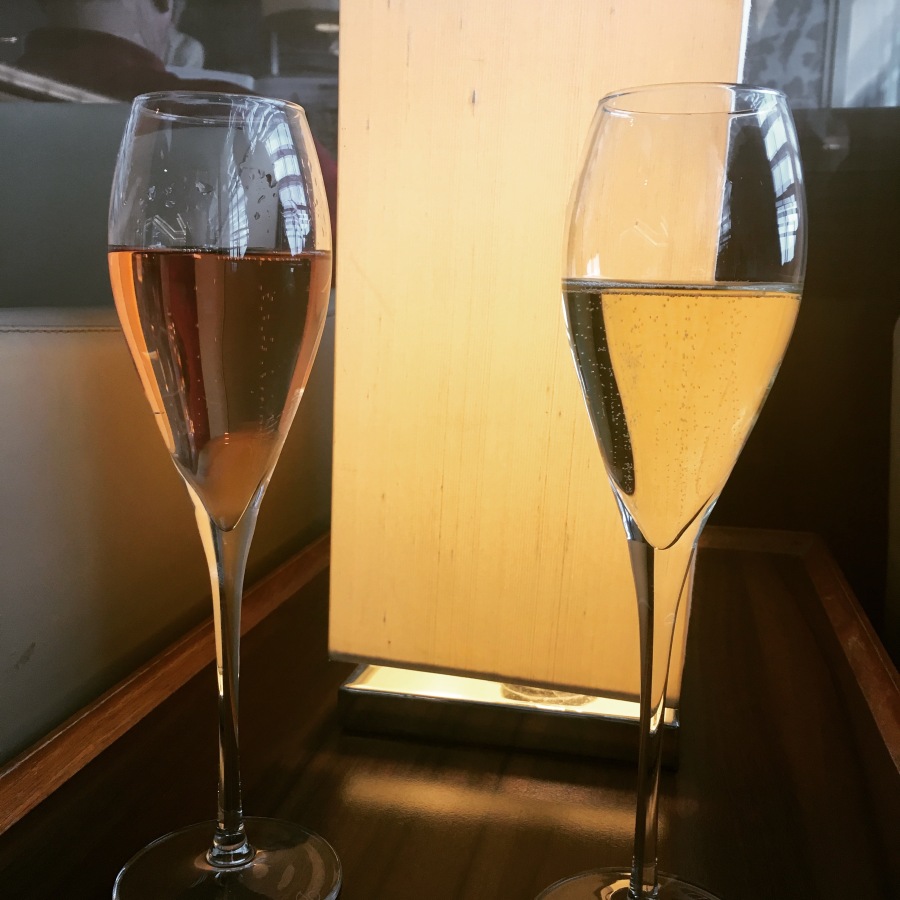 We were flying on a Boeing 767 which meant a trek over the B-Gates at T5.  We walked over in the tunnels and found a mess at the boarding gate. It always amazes me why people stand in front of the barriers when they clearly say they won’t get on there. In any event, we just walked up the side when Group 1 was called.

The cabin is a 2-3-2 configuration with the middle of the 3 section empty in Club Europe. That means that if you are in the A/B or J/K seats there is not empty seat next to you; not an issue if travelling with someone, but if you are a solo traveler you might prefer the middle section.

The bulkhead seats on the 767 are row 2 at the sides, so there was plenty of leg room. 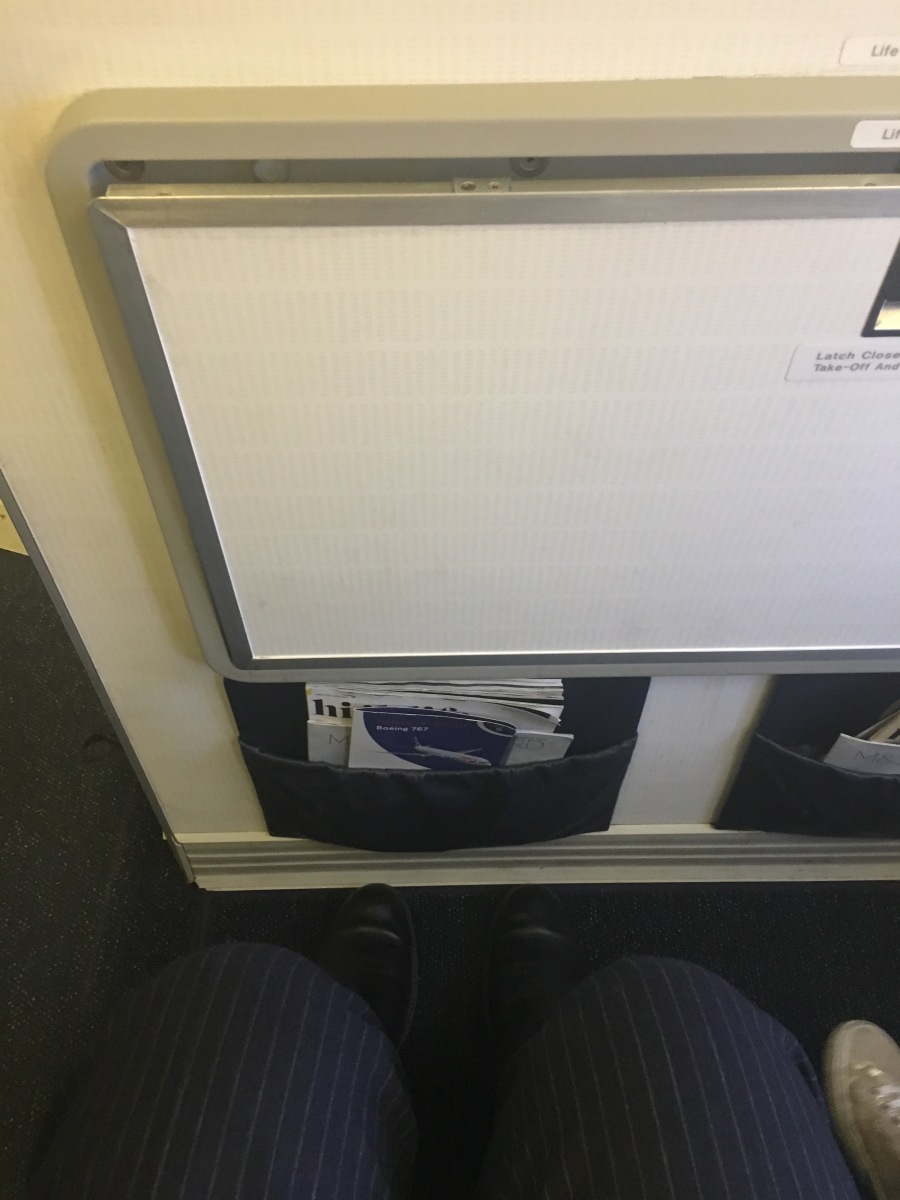 Service started with a large G&T and some nuts which were labelled as being ‘exclusively’ for Club World, so a little out of place on this short flight! 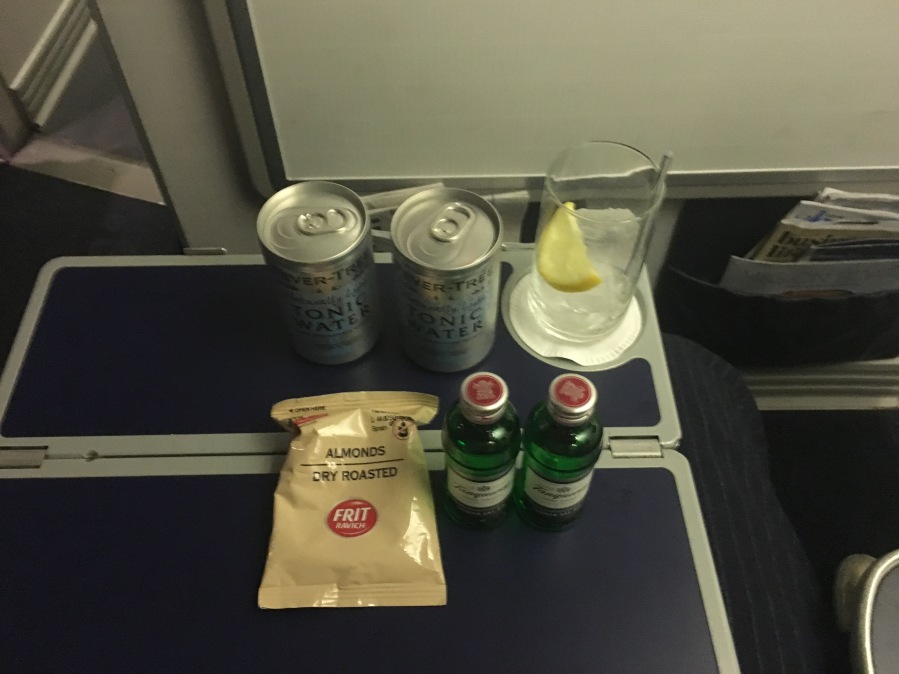 Menus were given out with the drinks – it is nice to be given the details on paper so that you can think about what you want to eat.

The tray is presented with the starter, cheese and dessert all at once with the main course delivered once the starter is done. 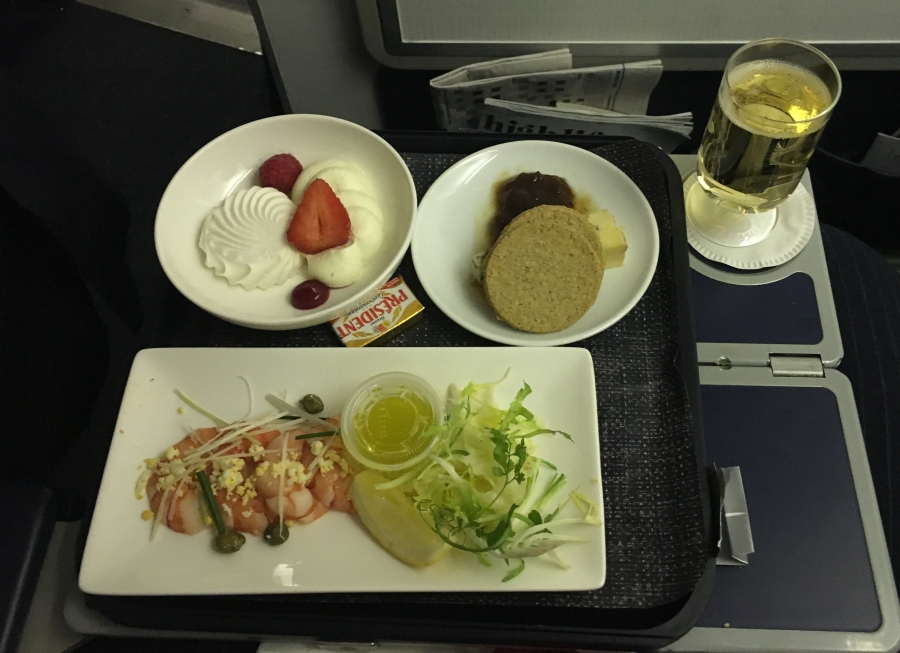 I went for the fish pie which was absolutely delicious! 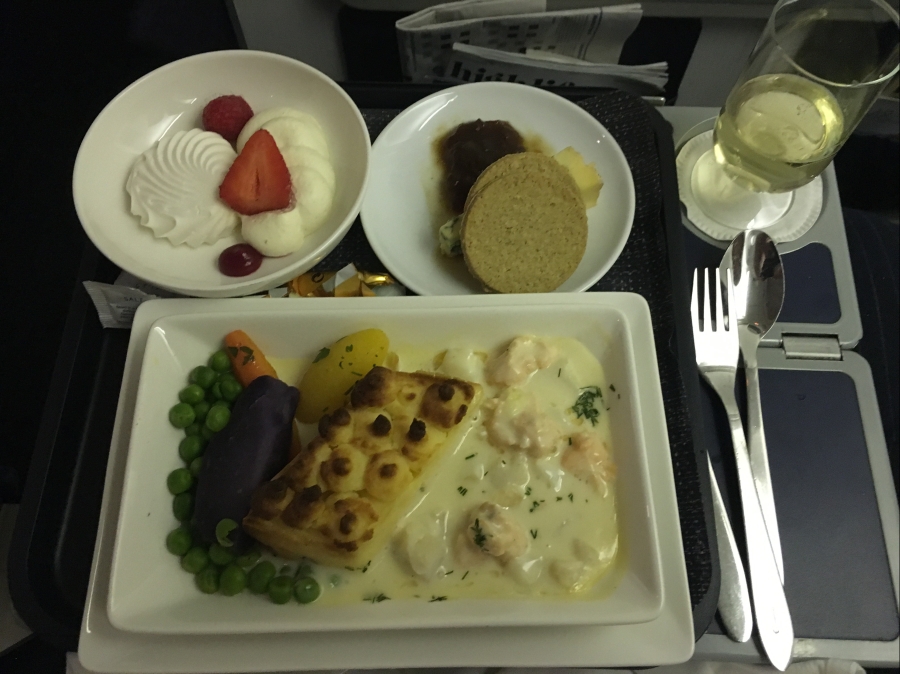 We landed into Rome on time and were soon on our way to the city for a weekend of relaxation.

A couple of days later we were back at Fuimicino for the flight home. After a quick visit to the lounge, we made our way to the gate. One of my pet hates is when an airline sets out a boarding schedule and then doesn’t stick to it. We were in Group 1 and waited at the side until boarding was called. However, a group of people in Groups 2 and 3 got into the priority lane beforehand and the gate staff did nothing about turning them away. If people are allowed to board whenever they like, what is the point of spending time and money in creating a system?! 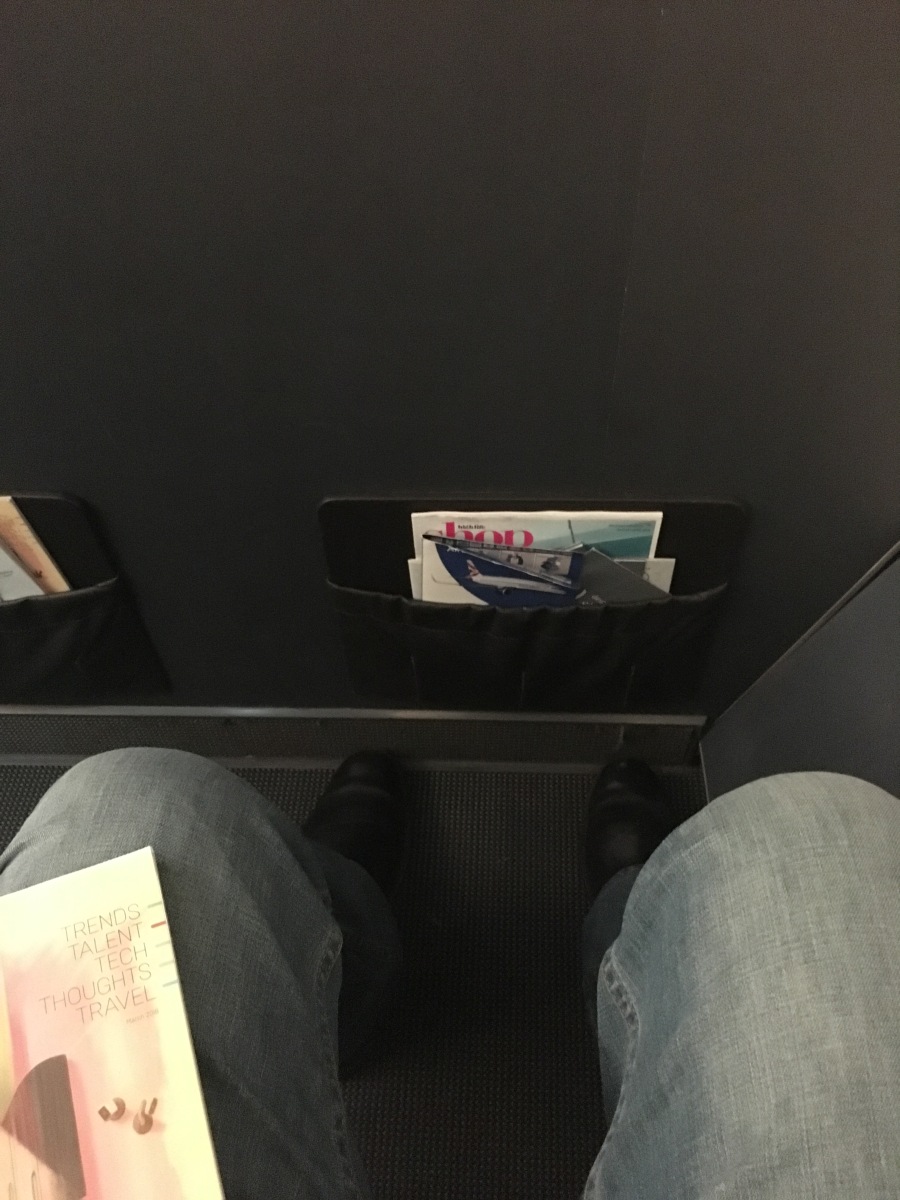 The menus were handed out with the first drinks run.

The salmon was delicious. 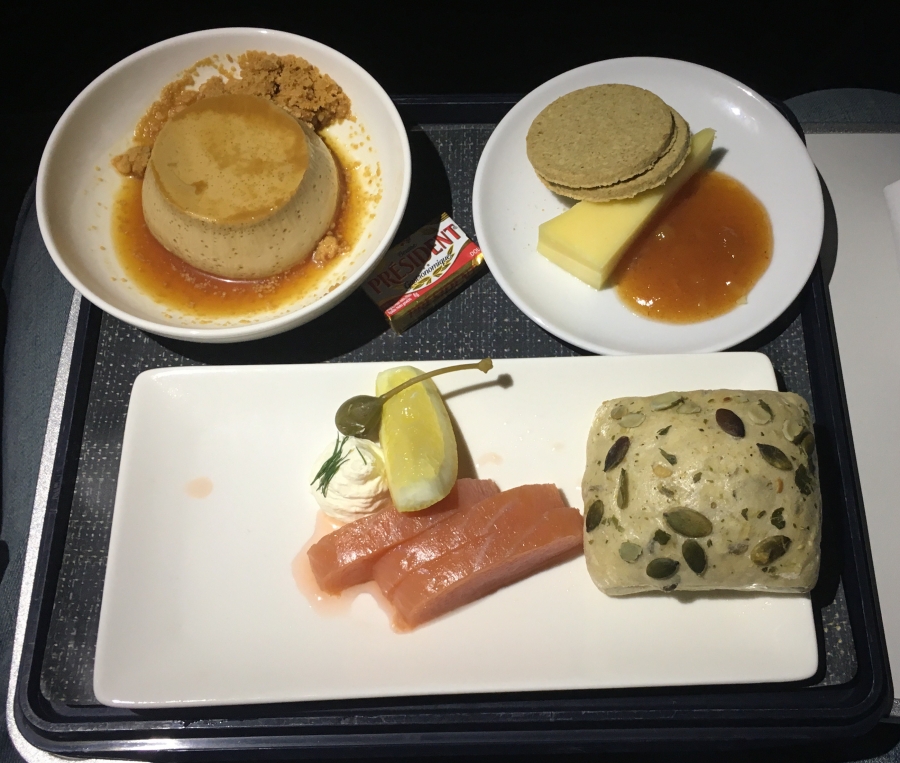 I went for the cod which was excellent. The pudding was a little odd, but the cheese was tasty. I am still unsure about the mango chutney, as I associate this more with a curry, but it was fine.

All in all, this was an excellent Club Europe flight. The food was great, and we were glad to be flying upfront as these flights were over dinner time so it meant that we could fly after work and after a full day of sightseeing and still get a decent meal.

I would definitely be prepared to pay a little extra for the additional Tier Points, Avios and service for flights like these at decent times, although I am not sure I would feel the same for an early morning flight where I didn’t want to eat or drink.