In the last year, Madrid has become a common transit point for me. It benefits from being the home station of Iberia’s extensive route network, and so was the perfect place to pick up an exEU trip earlier this year to St Martin via Miami, as well as to get onto LAN’s 787 Dreamliner service to Frankfurt. I like Madrid as it also offers several long haul jet services from London, but Iberia’s after work A340 service usually necessitates a night stop before onward travel the following day. The first two occasions, I chose the Crowne Plaza Madrid Airport as it was very cheap, or free on points. This time I decided to try another option.

The Hilton Madrid Airport is located on the south west side of the airport perimeter.

Like all the airport hotels at Madrid, there is a free hotel shuttle bus which goes from just outside the terminal building. Unfortunately, unlike the Crowne Plaza bus which is direct, the Hilton bus stopped at two other terminals before arriving at the hotel.

On arrival, check in was quick and I was upgraded to a suite. I had already checked in online and selected a room on the 6th floor, so it is nice to know as a Diamond member that this does not necessarily preclude the hotel from upgrading themselves. The lounge was closed when I arrived, so I had a drink in the bar before heading to the room.

The Junior Suite consists of a working space and a living room area, which also has a guest bathroom. 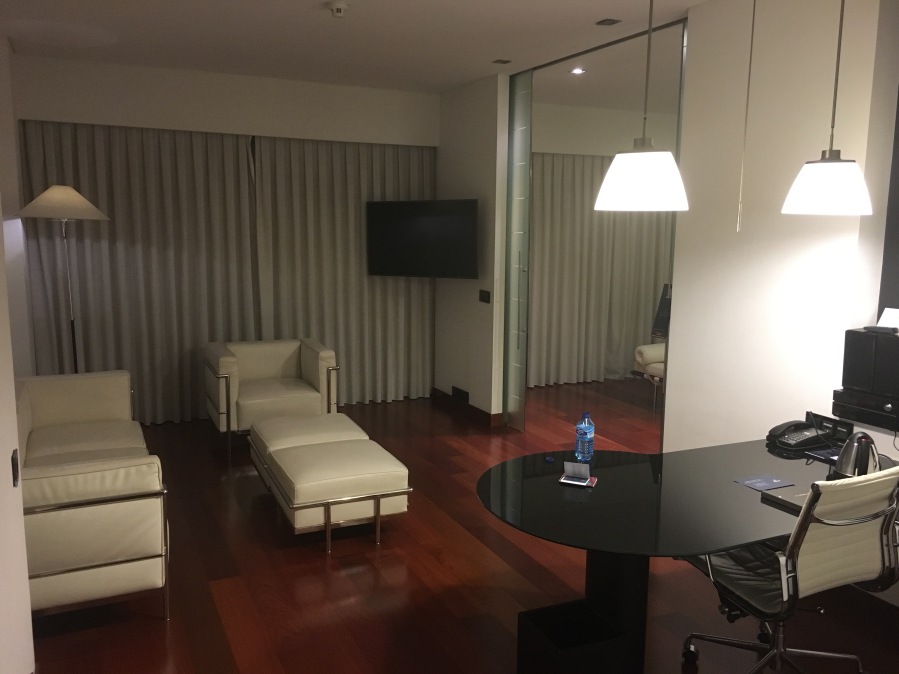 Through sliding glass doors is the bedroom:

And off it is the bathroom.

The bed was very comfortable and I slept well. The blackout curtains also do their job, so waking up is a bit of a struggle; good job I had set three alarms! 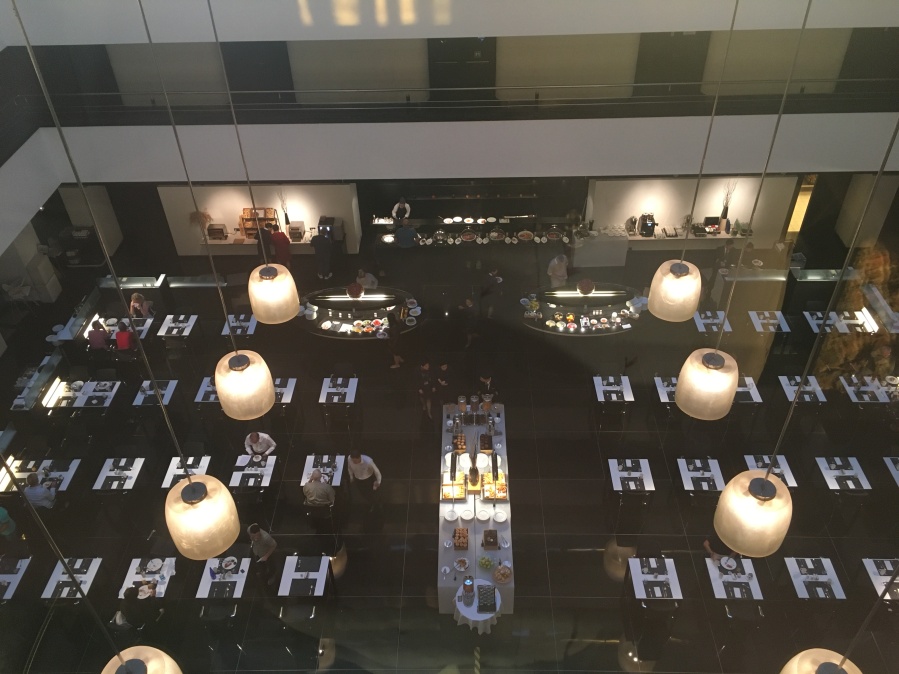 There was a large selection of both hot and cold food, with a cooked to order section. 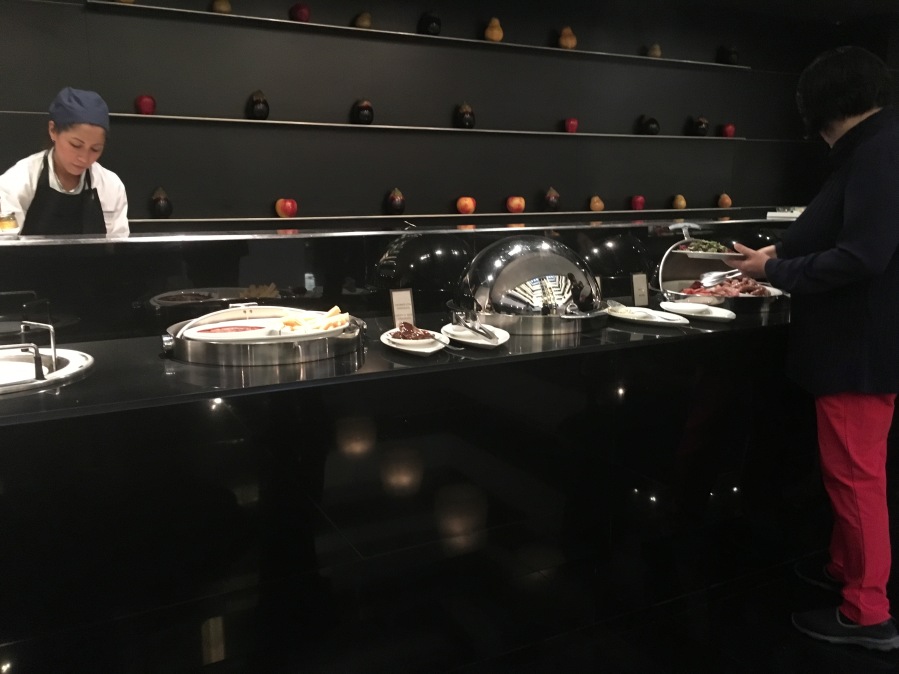 I enjoyed the food, although I was a little rushed as I only had 15 minutes before the shuttle I needed to catch departed. In the end I needed have worried, as I left the hotel 125 minutes before departure and was in the lounge at the airport 25 minutes later, so I could have had a more leisurely breakfast!

I paid cash for the stay and whilst I was happy with the rate, I am not sure that I would pay it again if the option of a points stay at the Crowne Plaza was available. I think that the Hilton is the nicer hotel; the suite was great and the breakfast was plentiful, but if all you are doing is sleeping and then heading to the airport lounge, it doesn’t make sense to pay cash. In future I will certainly look at both to see what is available before booking.