I know that I can be quite forgetful at times, not least as I explained when I went to Rome to collect the iPad that I had left on a plane.This is clearly something that I am not going to grow out of, given the fact that I have gone and left something on my travels again!

I wrote here about my short weekend skiing trip to Auron in the south of France. I had hired a very comfortable Volvo for the trip but on returning it to the car hire depot in Nice airport, I forgot to remove all of my personal belongings.

When I drive in a place that I don’t know, are use my phone as a sat-nav. To help me, I have a phone holder which clips into the airbeds, and a charger that plugs into the cigarette lighter. I managed to remember the charger, but not the holder.

On my return home I sent the message to the Avis Twitter team who are always really helpful. They passed on my message to another department and I got this reply: 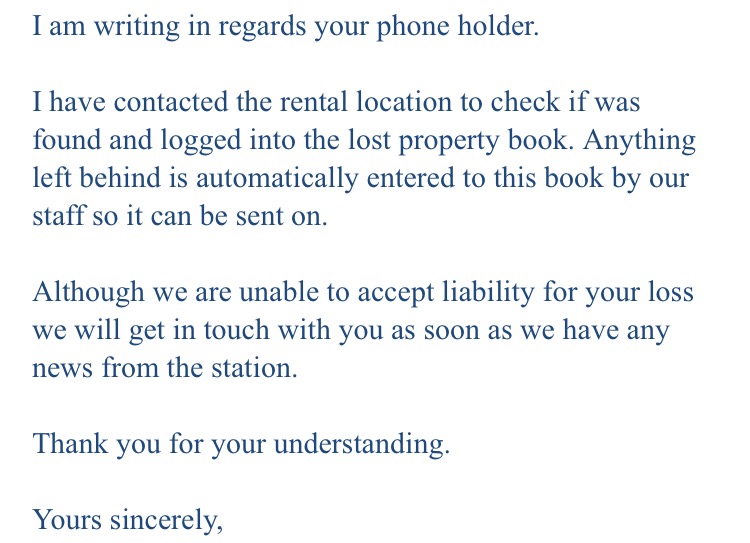 I waited for a month before getting back in touch when I had not heard anything further. I got what was basically the same reply, that they would get in touch with me when they found something.

I know it’s my fault for leaving it in the car, but I don’t think it is too much to ask for them to either look in the car, or ask the people in Nice to look in their lost property book. It is either there, or it is not. Knowing either way would be helpful because I don’t want to have to buy another one if my one is going to be returned.

I am keeping my fingers crossed!