At the end of the October half term I went to Switzerland for a couple of days with a very good friend. The aim was to climb a mountain in the daytime and go to the casino at night, whilst enjoying some good food and drink.

Lugano is located just inside Switzerland, about 50 miles north of Milan.

We could have flown into Milan on British Airways but given their recent change in on-board catering policy and the disgraceful customer service response to this, I was loath to give them any more money at the moment. We therefore decided to fly with Swiss and make use of my star alliance gold card for the first time.

We flew from London to Zurich, and then changed onto a smaller aircraft to fly the 30 minutes south to Lugano.

The views from the window of the aeroplane were incredible, specially as a geographer as I was able to spot many features of glaciation that I am currently teaching about.

On arrival into Lugano we were met by the Avis representative. I had been expecting to have to wait as the office is officially closed until 2 PM but he was there waiting for us and another couple.

It took about two minutes to sign our documents and we were given the keys to Audi A4 estate. What was particularly special about this was that it was a free hire from The Avis preferred membership worth about £180!

We drove about 10 minutes across to the lake to our hotel. We chose to stay in the Novotel in Paradiso. This was a 15 minute walk along the edge of the lake to the town centre. The hotel is part of the same building as the Ibis so there is plenty of choice depending on your budget.

As a Gold Le Club member I had hoped we would be upgraded but this did not materialise. We did get a late checkout, a free drink and a room with a view. 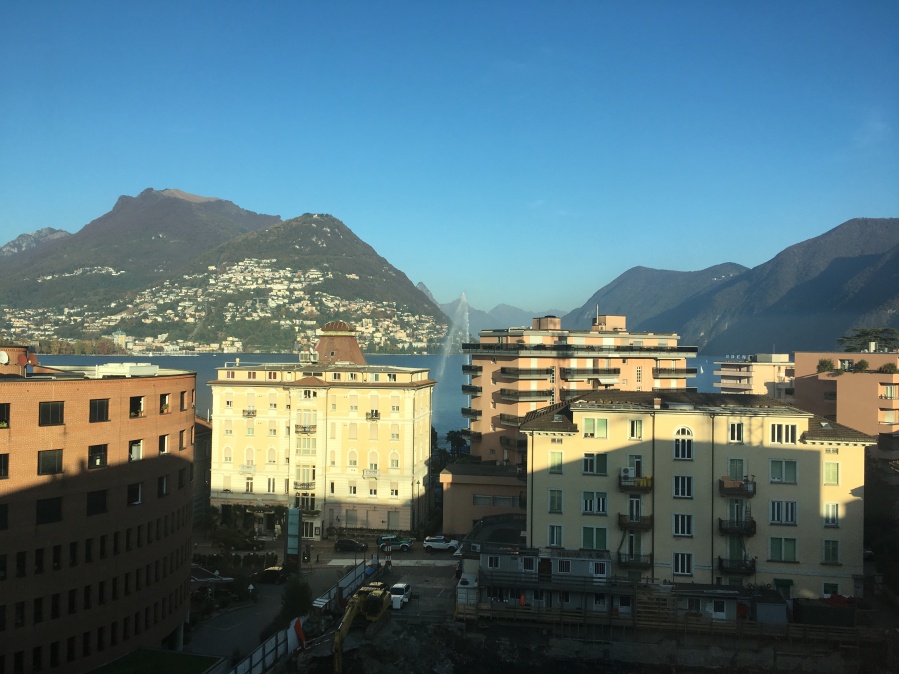 The room was well appointed and had a very comfortable double bed and sofa bed which was made up before our arrival. 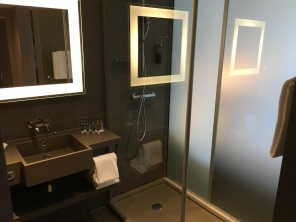 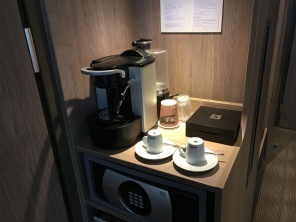 Breakfast was included, and served in the restaurant. There was an excellent array of food including hot and cold buffet, selection of breads, cakes and pastries. The coffee was made to order and delicious. 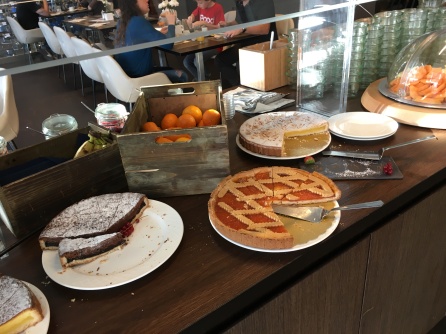 Activities
One of our aims was to climb a mountain, and we had originally planned to climb Monte Bronzone which is recommended as one of the top 10 easy mountains to climb. However, a lot of traffic on the Saturday morning, and a slight lack of preparation meant that we didn’t make it all the way. We changed our plan on route and ended up climbing north of Lecco. 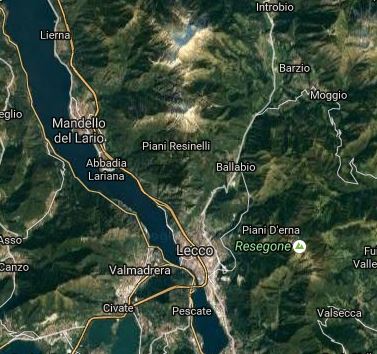 The views were absolutely stunning. 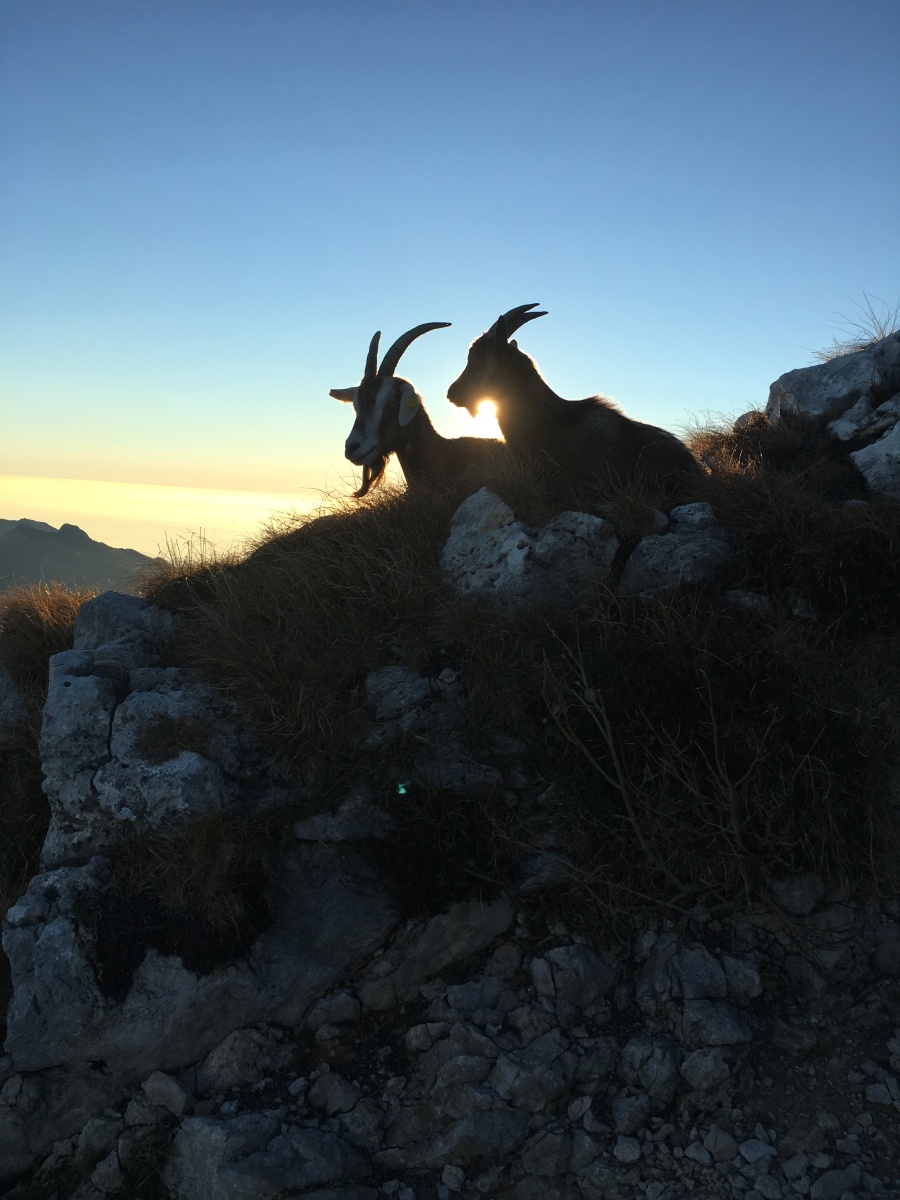 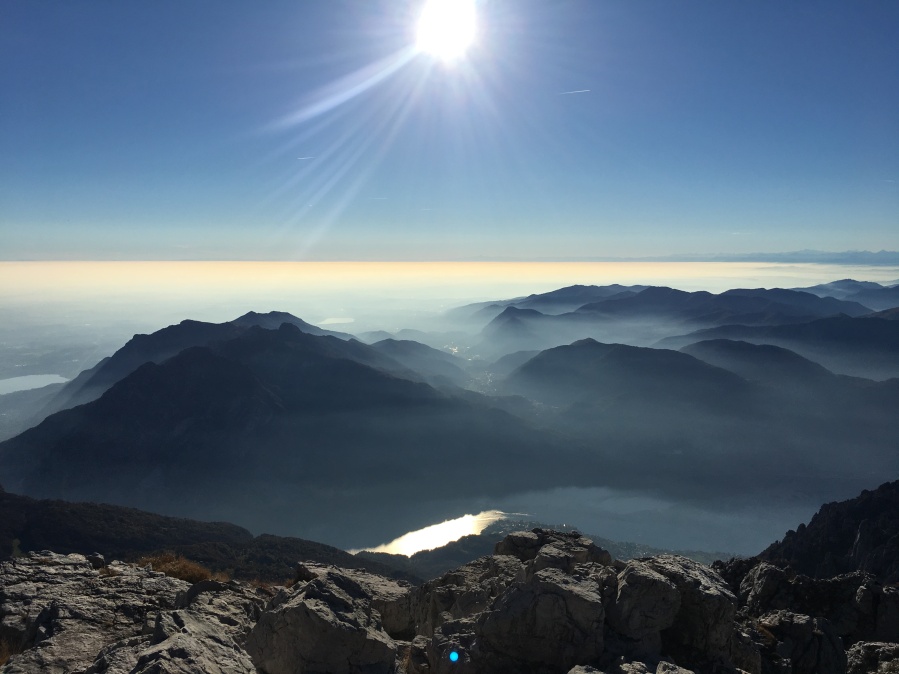 After hard day on the mountain, we made use of another feature of the area – the Casinos in Lugano and across the border in Campione. Both were a real let down but at least success on the roulette table for my mate meant that we were able to enjoy ourselves.

Food in Switzerland was functional rather than gourmet, and expensive to say the least! One ristotto, one rosti and one bottle of wine on the first night came to £75! One gem, howvever, was the little restaurant at the top of the funicular on Monte Bre – apparently one of the sunniest spots in Switzerland! The views were fabulous and the food looked great.

All in all, it was the perfect weekend away and we had a fabulous time. The travel worked well, the accommodation was good and there was lots to see and do. We can’t really remember why we chose it as a destination, but we were glad we did!

One thought on “MisterAirmiles’ Guide to 48 hours in Lugano”