As part of my #7flightstoABZ trip, I am flying from Glasgow to Heathrow with British Airways on an A320. I had selected an exit row seat at the time of booking for free thanks to my Silver status in the Executive Club. I am not in a rush at the other end, so would always favour the exit row over the front few rows for the leg room.

The annoying thing that can happen is when the aircraft is changed for operational reasons, an exit row seat can become a normal one. My seat was 10F which is an exit row on an A319, but it is not on the A320. Fortunately for me, I use MyFlights to keep track of my booking and it (usually) sends me an email or notification to say there has been a change. I received one of these emails a few days ago and was able to change my seat back to an exit row.

I had a look on ExpertFlyer, another website that you can use to track availability and other geeky information and saw the following screen: 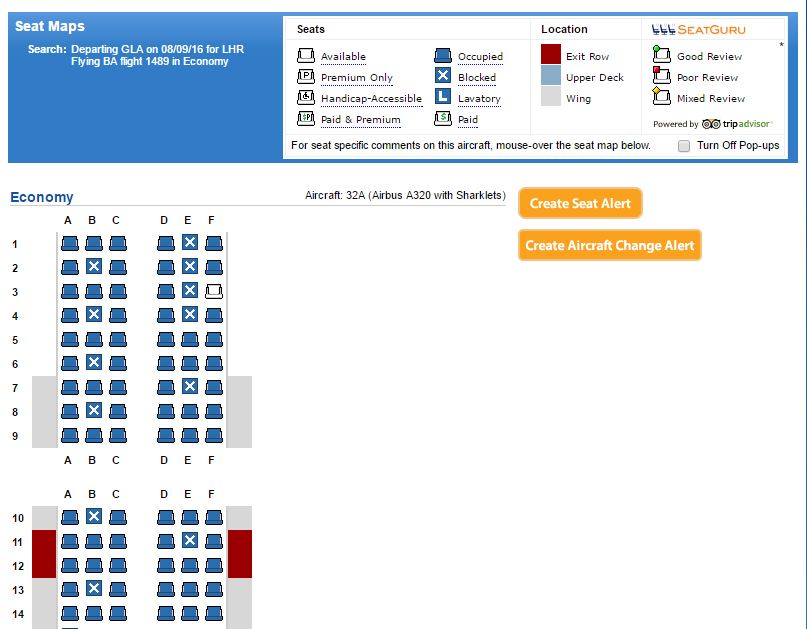 This would suggest that the seat next to me, 11E, has been blocked off an no-one will be sitting there. This is, as far as I can tell, something that the new FLY system does for status passengers. This happened on my last economy flight from Dublin and I thought it was a one off, but maybe it is the system working well.

If so, it is a nice touch to give Gold and Silver card holders a little extra room if there is some on the plane.

I am about to board, so will see if I do have a little extra space!

It seemed to work, as the seat beside me was empty, as were 10B and 13B shown on the map.. 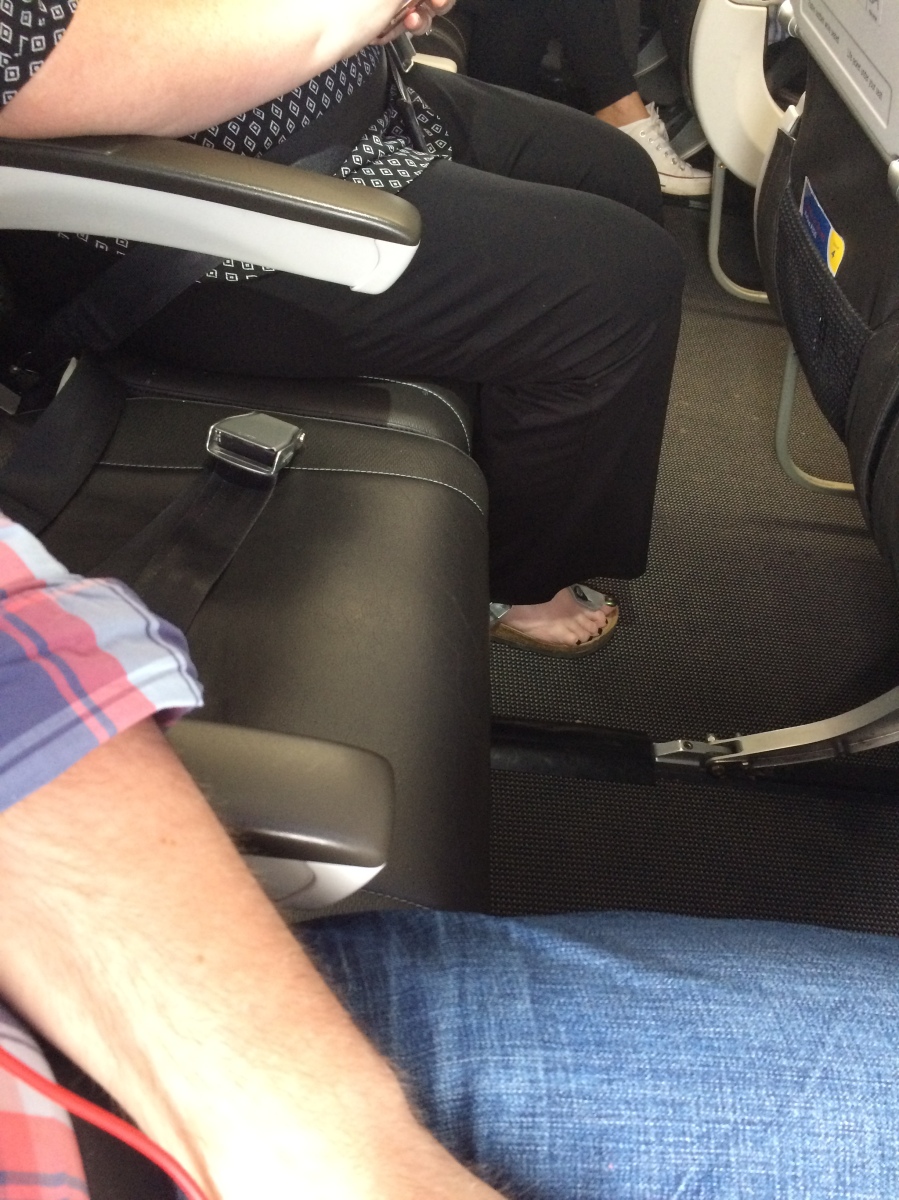 One thought on “Is this an unpublished additional benefit from British Airways status?”