Aberdeen Airport has had a lot of investment recently, which may now be slightly redundant with the fall in oil prices, but that is a different story.

Earlier this spring I needed to be in the north of Scotland for the weekend and wanted to leave after work on the Friday. I took the last flight up to Aberdeen and, because I knew that I would want a drink and that Scotland has much less tolerance for drinking and driving, I booked a night at the airport.

I had the choice of the Holiday Inn Express or Crowne Plaza which are actually joined together and connected to the airport with a mostly-covered 300m walkway.

Both were offering rooms for £40, so I naturally went for the Crowne Plaza. It was actually a special opening offer which also gave me free wifi, late check out (which I get anyway for being Platinum IHG) and breakfast. This would set you back £16 if you paid. I also took the welcome drink and snack on arrival, so that was another £5 saved.

I was told that I had been upgraded to a Club Room which was great. Apparently they are slightly different to the normal ones, with better toiletries, a Nespresso machine and a bath as well as the shower. 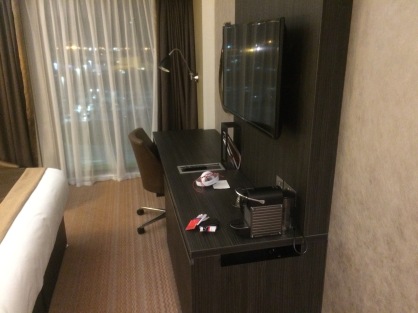 My room faced out towards the airport which meant I had great views in the morning. 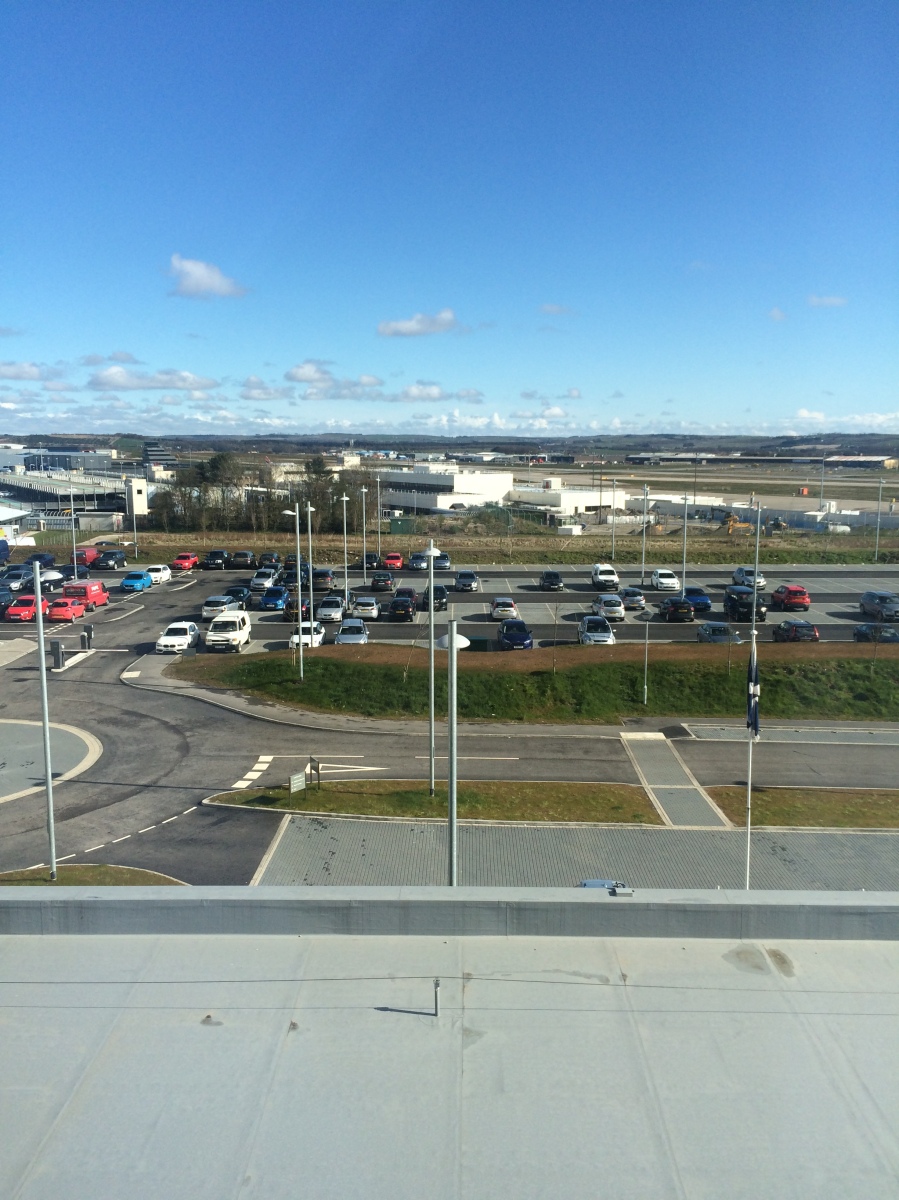 It was very comfortable and served my purpose well. As it was a club room, I also had access to the Club Lounge. Tucked away behind the bar and restaurant, it had a selection of soft drinks, crisps, chocolate, and an industrial scale Nespresso machine for hot drinks. I took my drink in there and watched the end of a James Bond film. It did feel like a lounge and was very comfortable – the perfect setting when you don’t want to be sitting in your hotel room.

Breakfast was a lavish affair, with hot and cold buffet, a selection of breads, cereals, pastry and juice. There was a lot of meat and I would have liked to have seen vegetarian sausages available. The only downside was that there was also a cooked to order menu on the tables which included kippers, porridge, waffles and Eggs Benedict. This was not evident at the time or mentioned by the host, so I had already taken some food before I realised. It wasn’t a big problems as my breakfast was tasty, but I do love poached eggs!

The only other thing I can fault the hotel on was that no one had been into the Club Lounge to clear my cup and glass from the night before by 11am. I popped in for a coffee after breakfast and they were still where I had left them on the side. That didn’t fill me with confidence that the milk was fresh. But I am nit-picking here! The stay was great, and at £40 I don’t think I will get such great value again.

It is newly opened and feels very smart. I am sure that the HIExpress next door is the same, but the Crowne Plaza is definitely a treat!