It would seem silly having travelled thousands of miles to Las Vegas not to see some of the sights in the surrounding area. I had been recommended a trip to the Hoover Dam and, as it is something that I mention in class, I decided to go.

I booked a tour with Big Horn Tours via www.viator.com. I think it cost about £58, with a $5 fuel surcharge on the day (and I left a tip).I chose to do the trip in a Hummer with a small group and personal guide rather than a big bus tour as it was only about £10 more expensive. 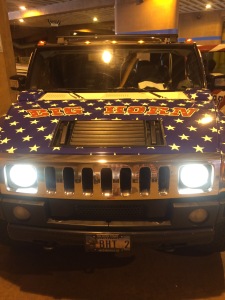 The guide, Randy, a big, bearded all-American hero, arrived at the hotel at about 0720 in an H2, bedecked in an American flag. He was sparky and chatty and full of information. We drove down to the Mandalay Bay hotel to pick up a Canadian family of three before we set off. He talked about the Hoover Dam, giving a brief and informative history of the project as we drove. We passed through Boulder City, the first American city without segregation which was founded to house the thousands of workers and their families during the construction.

The first stop was at a new bridge overlooking the dam which was finished within the last decade and alleviated traffic issues at the dam. It is a magnificent structure – one of / if not the largest concrete span arch bridges in the USA, designed to be a copy of a small bridge which is part of the dam itself. We continued onto the dam itself and, after driving across it, we parked up and went in to join the tour.

We had about 75 minutes at the dam, including a trip down to see the tunnels used to divert the river during construction and the power generation room as well as time to walk across the structure. What amazed me was the attention to detail given in the construction process to ensure that there were facilities for tourists including Italian marble floors, welcome signs and some of the most ornate toilets I have seen. 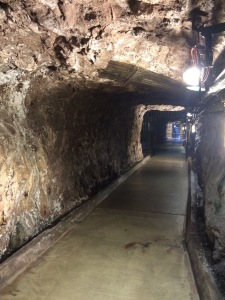 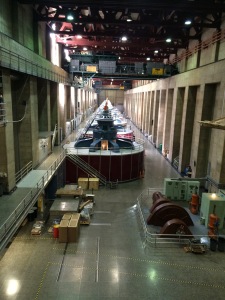 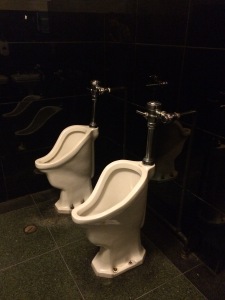 We left about 1045 and were back at the hotel an hour or so later. I would highly recommend Randy and Big Horn Tours for an informative, professional and exciting tour and would certainly look at their offering for any future visits to the area. They also run the tour in the afternoon, departing at noon, but I would suggest that the heat would make this uncomfortable and the queues on both the road and at the dam would give less time for sight-seeing

2 thoughts on “The Hoover Dam”