Port Douglas is situated on the north east coast of Australia in a part of Queensland know as FNQ – Far North Queensland. It is about an hour’s drive north of Cairns, the airport to which you would fly when visiting.

Stay at the Pullman Port Douglas Sea Temple Resort and Spa for a great mix of luxury hotel and self catering facilities – perfect for a family. The beach is right next door and there are plenty of facilities to keep everyone occupied. 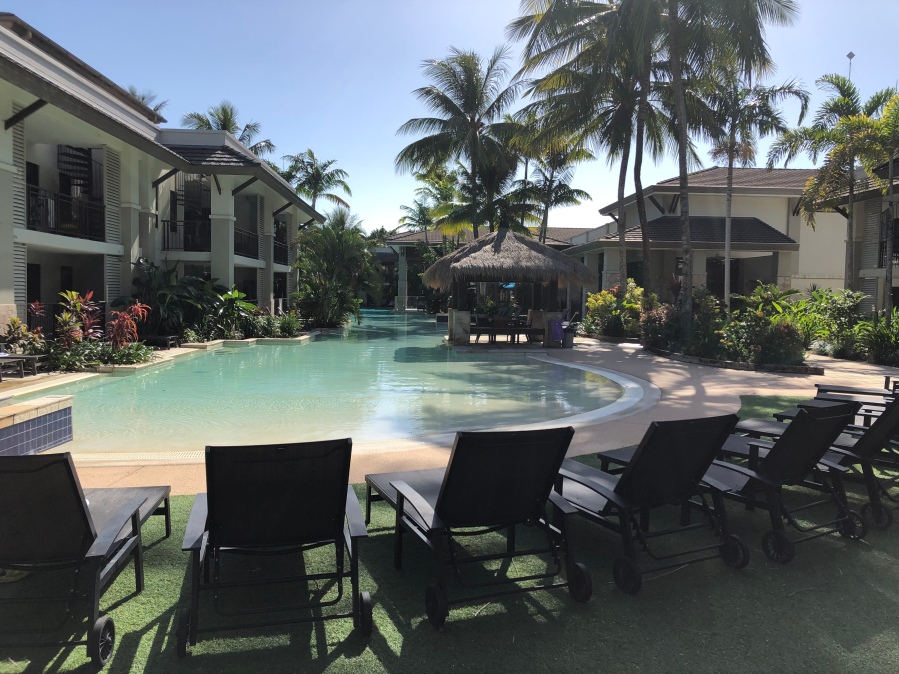 There are loads of cafes and restaurants in the town. The Little Larder was a great place to sit out on the street and watch the world go by. For a more upmarket dinner, try Zinc at the end of Macrossan Street. The food was really good and the atmosphere was buzzing, but be sure to book as there was a queue out the door. There are also a couple of supermarkets and bottle shops (because Australians seemingly cannot be trusted to buy alcohol alongside their avocados) in the town centre to stock up if you are self catering.

No trip to Port Douglas would be complete without a boat ride out to the Great Barrier Reef to swim amongst the incredible sea life. There are loads of companies who run trips and I found that their offerings were pretty similar. However, Wavelength stood out as the trip for us. The company is owned by marine biologists and they have some exclusive moorings on the reef. The food on board is vegetarian for ecological reasons, and it was delicious. All the required equipment was provided, including the niche prescription snorkelling goggles and vaseline for the bespectacled and beardy bloke that I am! The guides were very knowledgable and the talks they gave on climate change, the interconnectedness of the ecosystem and the marine wildlife was incredible. Whilst AU$240 is a lot per person, it is totally worth it for the experience.

Take a drive north along the Captain Cook Highway and into the Daintree National Park. Stop at Mossman Gorge and take a short hike around the rainforest, but dont be cheap – pay the AU$15pp for the shuttle bus up to the start point. It helps support the local indigenous people and keeps idiots off the narrow single track road.

Keep driving and eventually you will run out of road in Daintree where there is a couple of places to eat. Barramundi, a river fish, is popular on the menu, so have some of that. 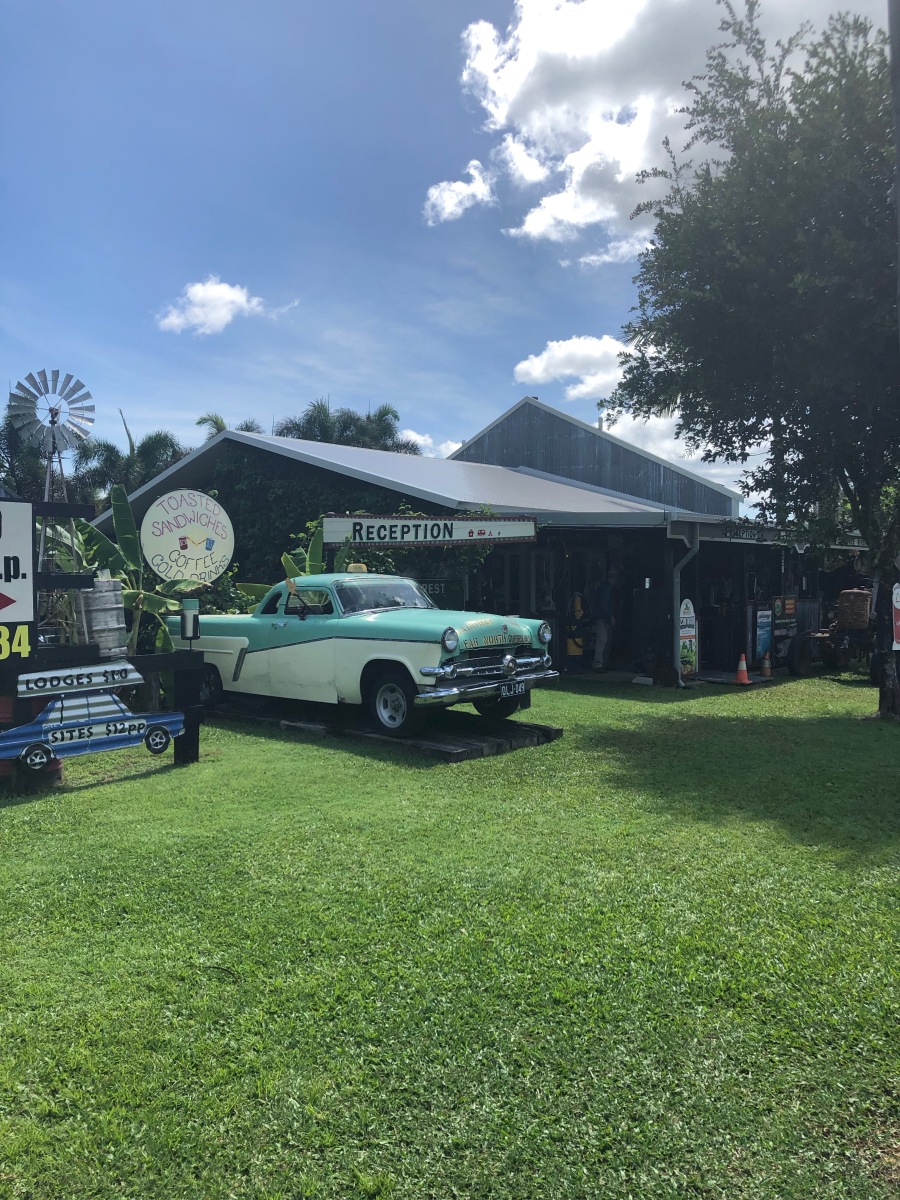 On the way home, stop at any of the pull outs for some breathtaking views, but do be careful of the wildlife; there was a sign in this carpark warning of crocodiles on the shore, so I didn’t venture down!

One word of advice when driving – the police were pulling all traffic coming out of Port Douglas on the Saturday night for breathalysing. I hadn’t had anything to drink so was fine, but it was a reminder that one should keep a clear head if behind the wheel!

I really loved Port Douglas – there was so much to do, and we didn’t do any of the things south of the area towards Cairns. There would be plenty to do for a longer trip with a combination of days by the pool, exploring in the car and trips out to the reef. Go!

One thought on “MisterAirmiles’ guide to 4 days in Port Douglas”