The Waldorf Astoria Rome Cavalieri, set high on the hills surrounding the city is, as I found out, the perfect place to recuperate following an appendectomy.

I had booked the hotel using a Barclaycard free night voucher from the Hilton Honors credit card, and had paid for an Imperial Room to give access to the lounge. It was my last week as a Diamond member, so an upgrade from garden to city view was forthcoming, but a supplement was required to keep us in the same room; the free night only books into the basic one.

We were collected from the airport by a driver from the hotel and, whilst it was expensive at €90, it was quick, comfortable and easy, especially given the late hour of arrival and, as it was my first full day of being back at work following an operation, I was knackered!

The reception area has a separate area for Imperial Club rooms and Diamond members, and we were greeted with lemon biscuits and prosecco.

The room was on the Imperial floor and was a decent size with a balcony which overlooked the city – a fabulous view at night and an equally interesting one in the morning. 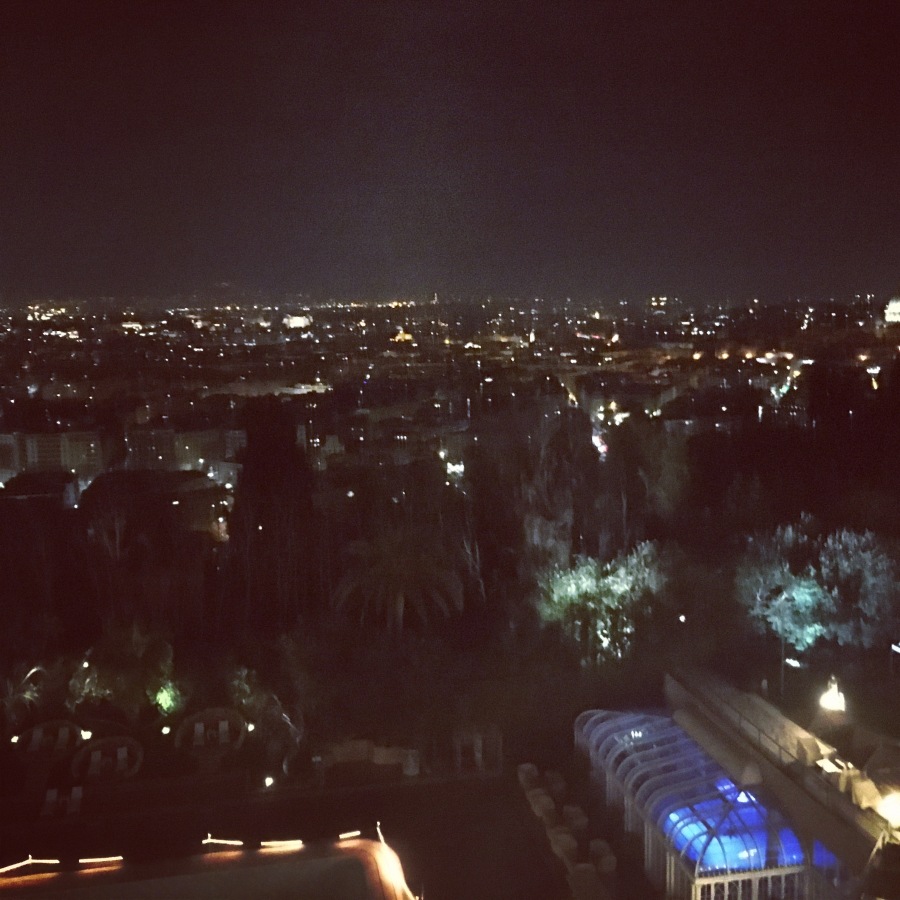 As it was my birthday (always let a hotel know if it is a special occasion!) there was a card and a bottle of prosecco in the room.

The lounge is the highlight of the Imperial Rooms, with five different spreads across the day, each of the highest quality. They included Breakfast, Lunch, Afternoon tea, Canapés and Desserts, all with options of hot and cold drinks, and a decent selection of alcohol. 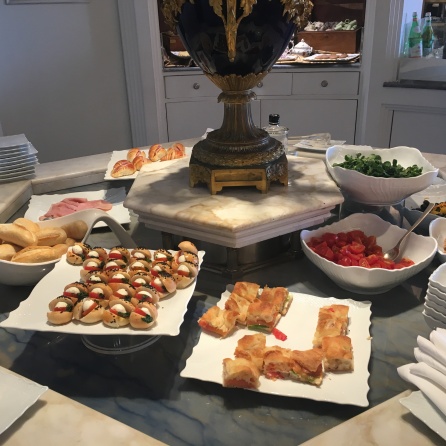 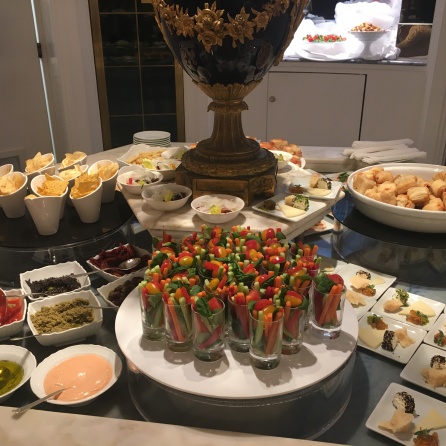 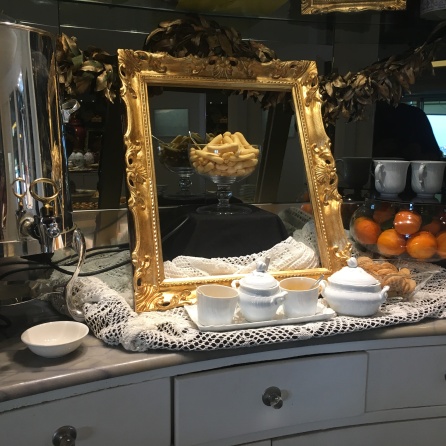 The rest of the lounge provided a comfortable space to relax in.

Breakfast in the main dining room offered more choice but was far busier and I regretted leaving the calm oasis that the lounge provided.

The hotel runs a free shuttle bus down into the city which we took advantage of to go sightseeing. It does stop at a couple of places on the way, and ends up in the Piazza Barberini, which has a metro station allowing for connections. It is only a short walk to the Spanish Steps and other sights.

For a couple of hours at lunchtime which is a bit inconvenient but as a free service it is welcome; a taxi would probably be at least €20 each way instead.

The other highlight of the hotel is the pool and spa. The outdoor pool was not open as it was too early in the season when we visited.

However the indoor pool was beautiful and a fantastic place to relax in. There were never more than 5 people in the pool area at any time we were there. 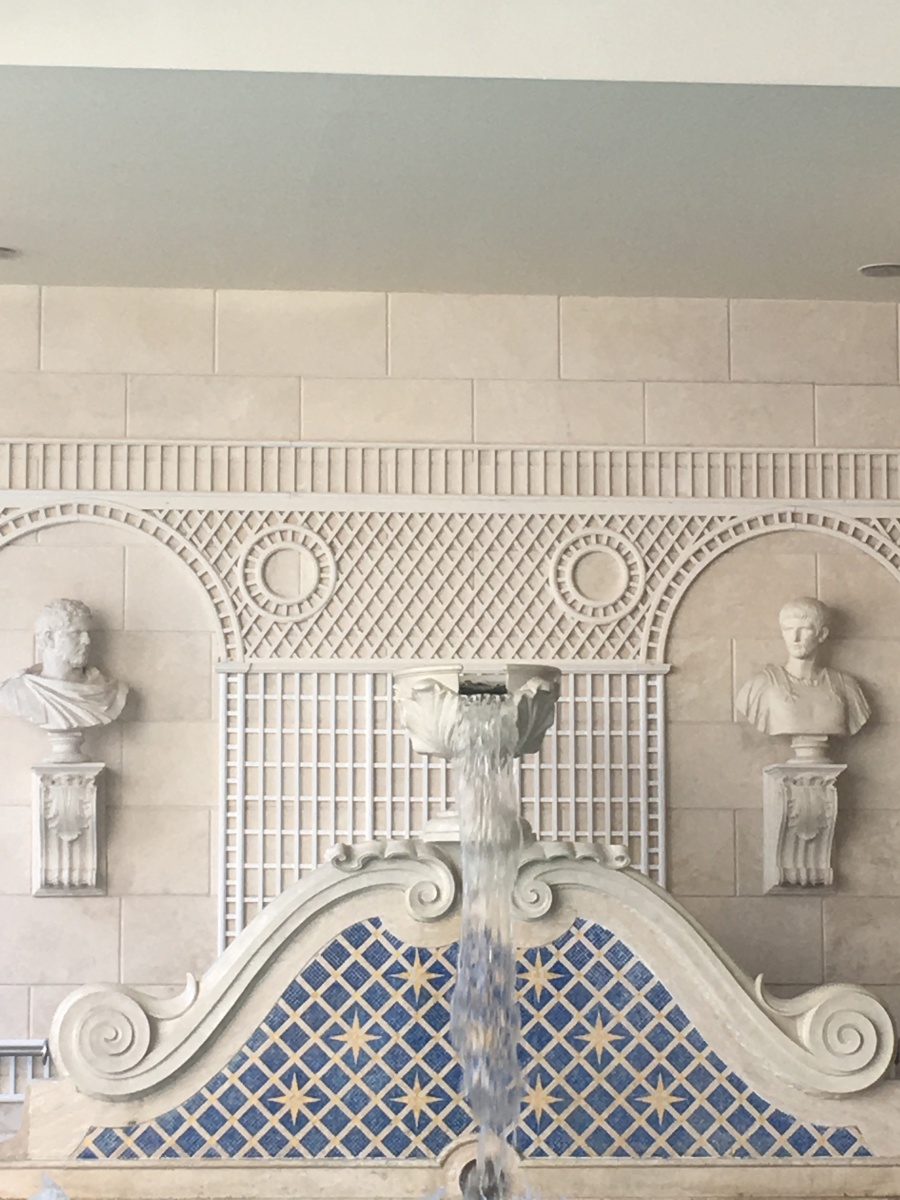 I can definitely see myself returning to this hotel in the future, probably in the summer, to take advantage of the stunning surroundings and beautiful pool – and I will definitely be booking into an Imperial Room!