As part of the road trip, we stopped in Monterey, on the Pacific Coast, about 120 miles south of San Francisco. I chose this as the main coastal stop off in part because of the distance and in part because I knew that having an InterContinental meant it was where I would like to be.

The InterContinental The Clement. Why would you stay anywhere else? In truth, there are a number of rather nice looking hotels along Cannery Row, but my love of all things IHG means that this was a no-brainer. I paid 50,000 points per night for two nights in whatever room they had going for points (although this will now be 60,000 thanks to the latest price changes). At the time of booking, these were selling for $899 a night. We were upgraded a while out to a King Partial View with Fire Place and Balcony room which are over $1050 a night – apparently. I think that the the price drops closer in and then increases again. 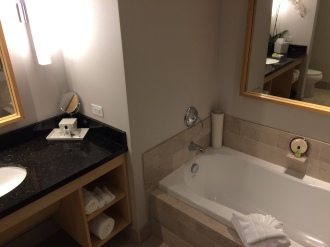 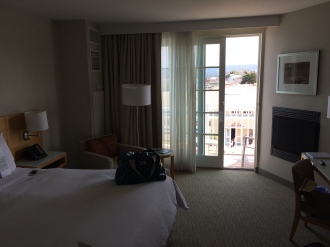 Anyway, the room was wonderful. Imagine if the White Company had a hotel – this would be how they would do it. The room was on the top floor of the main building with the balcony overlooking the front of the hotel where the square is. You could sit out on the balcony and see the sea, although I used it to put my trainers having been to the fitness center. Which was well appointed and next to the ‘pool’ on the other side of the hotel. 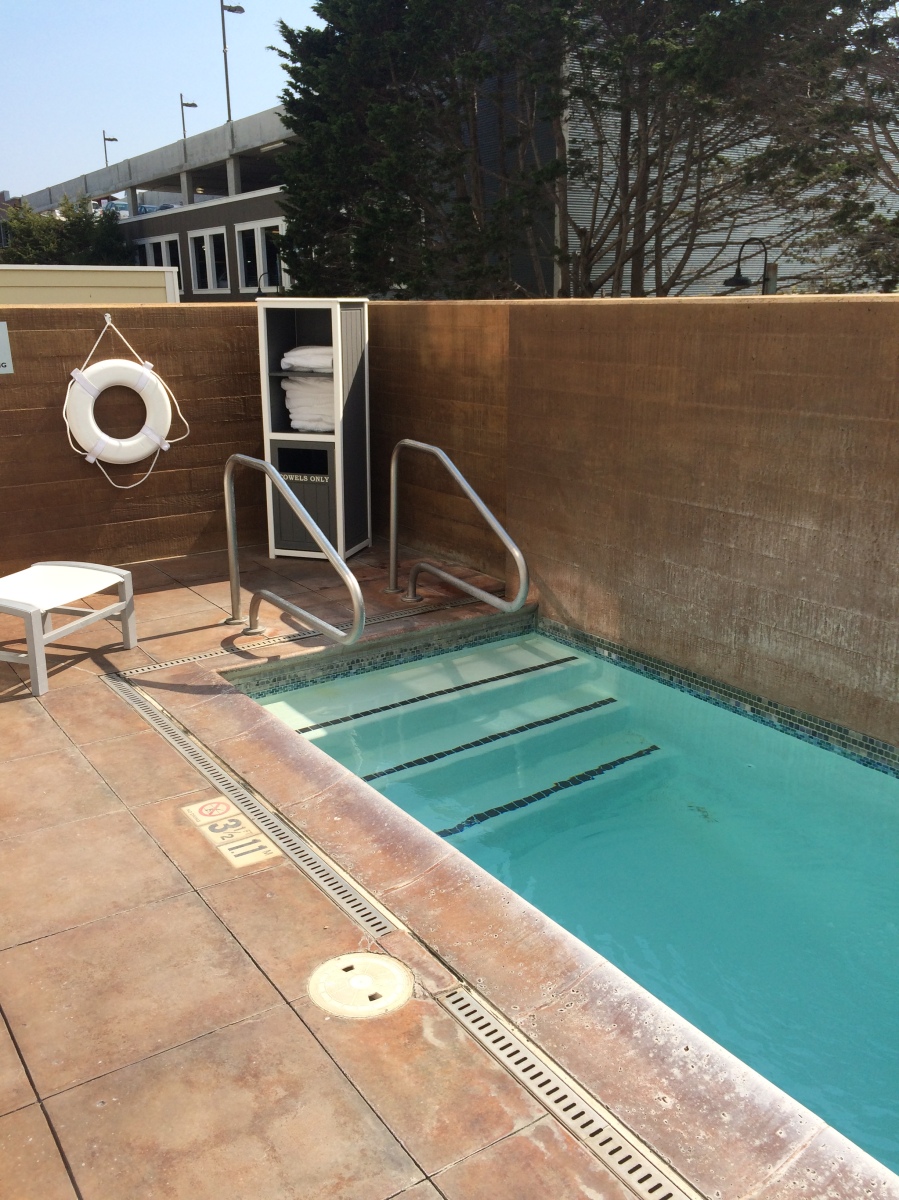 In keeping with the architecture of the town, several of the water front buildings had bridges across Cannery Row which used to house part of the production line, taking empty cans to the water front to be filled with fresh sardines, and then transporting the full cans back across the road to waiting trains to take them to San Francisco and other places. Nowadays, the bridge at The Clement takes you to other parts of the hotel and the gym. 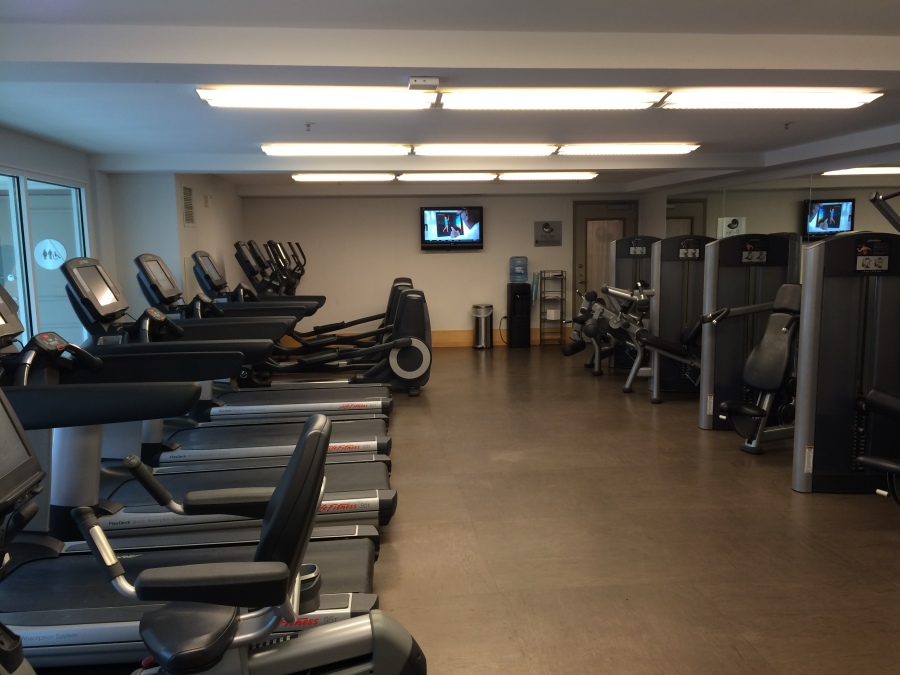 The parking is located round the corner as space on the sea front is at a premium, but as they have fantastic valet parking which is no more expensive than self-park why wouldn’t you? It was $27 a night, but as this was our only cost associated with the hotel I was more than happy to pay.

There is no Club lounge at the hotel, but they do offer a happy hour between 1700-1900 in the C-Bar where you can get half price drinks and nibbles. A tasting fleet of Californian sparkling wine was $12 and a glass of superb wine only $5.50.

This is also where breakfast is served, with options for a buffet or a la carte. We ate here one day and had some tasty food – you are probably looking at about $25 a head.

If you want something cheaper, there is a Starbucks across the street and a little further down a cafe called Angelico’s which pride’s itself of the breakfast sandwich – it was fine but nothing to write home about (unless you do so in a blog).

One thing they did really well was the Ambassador amenity and turn down service which included a little weather forecast for the following day.

Our first activity was a little walk along the sea front to find out what was about. There is a nice little beach towards the southern end of Cannery Row near the main harbour. You can walk along here and see (and smell) the hundreds of sea lions who like to relax on the rip-rap.

You should also hire a kayak (not a canoe, I am told – but I remain unconvinced!) There are many options but I recommend Adventures by the Sea – they seem to be the most established, have several locations, and a guy who looks like Brett from Flight of the Conchords – a win in anyone’s book. A day hire of a tandem kayak was $60 which included basic instruction from not-Brett, over clothes and buoyancy aids. Whilst we could have been out for a whole day, a couple of hours was enough to paddle about 6 miles up and down the water front where we saw the sea lions from the day before, seals and sea otters. Apparently the sea otters like to make themselves a kelp day bed to relax on before some night time fishing.

There is a well-regarded Aquarium in the town, as well as the nearby Carmel to visit, but we did neither. We were happy enough on the beach with a book.

The first night we ate at The Cannery Row Brewing Co. which does, it turns out, thanks to prohibitively expensive water credits, not brew any beer, but had a very wide selection of beer made elsewhere. We were not expecting the food to be amazing, but it turned out to be some of the best of the whole trip. Dab with broccoli and mashed potatoes, and Mahi Mahi fish tacos were sublime, and the beer was excellent – and it was not overly expensive.

For a more upmarket setting, go to Schooners, the restaurant in the Hyatt hotel. Angry Prawns were out of this world as a starter, and the Cioppino contained enough seafood to stock a fishmonger. The wine list features many from the region; Hahn’s is a good winery to seek out.

Monterey is the perfect stopping off place along the Pacific Coast Highway. It is not a place full of adventure, but more of a relaxing stop along the way. We were never bored during our 36 hours, but another day would have seen us looking elsewhere for something to do.