MummyAirmiles got in touch recently to ask about some hotels for her late summer jaunt to New York. She has clearly been paying attention to some of the advice I give her, as she booked an exCPH fare in Club World using 30,000 Avios per person to fly both her and Dad for an outlay of about £500 per person. However, she hasn’t yet started to redeem hotel points so wanted to get my thoughts.

She lands into JFK at the end of August and has 7 nights to explore the city. She says:

“I have 43,285 IHG points and if I have one more stay/mattress run, in addition to the one night stay at the Holiday Inn in Glasgow soon for the Muse concert, I will get a further 50,200 points from the Accelerate promotion totalling. 93,485.

I don’t mind a few nights in a Holiday Inn / Staybridge or whatever in New York if we can have a wee bit of luxury.

I have been to New York before, and would be keen to ensure that they stay on Manhattan as first time visitors to maximise their time. In this case, I would buy 2k SPG points for $70 and use them for 2 nights at either 4 Points Sheraton Manhattan or Sheraton TriBeCa. 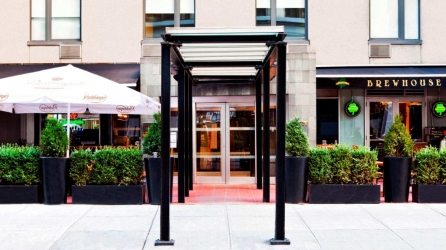 Then I would look for 5 nights with IHG. I would recommend doing the mattress run for the promotion points and buy an additional 67k ($483 according to my account) to give a total 160k points.

That gives 40,000 per night to spend which will get an Even hotel or Holiday Inn Express on 5th Avenue, shown below, for example. That just leaves the last night, so you could either just pay for it at the hotel. I think that I would be tempted to book into the InterContinental Barclay for the last night at $300.

But, my Mum is a creature of habit and, as can been seen from her MummyAirmiles posts, is not adverse to luxury. In this case, she could think about buying Ambassador Status with IHG which will set her back $200. With that, she would get 5,000 points, taking her total up to 165k. She would also get a 2for1 Weekend certificate. Using this at the InterContinental Times Square would cost her $549 for a King Bed Deluxe room for 2 nights. She could then do three nights as points + cash at 55,000 and $40 per night. This gives the added benefit of booking with points for added flexibility and no taxes.

In total, 5 nights at the InterContinental would cost her $1,232; made up of the $483 points purchase, $200 Ambassador purchase and $549 for the Ambassador night. The cash cost for this room would be over $1000 more at $2,324, and this would not include the benefits of Ambassador Status like upgrades and late check out. 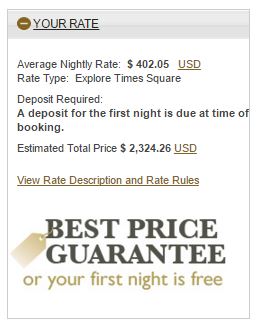 I think that she will chose the second option as it will work out at £129 a night in some excellent hotels in what is a very expensive city. But I am sure that she will let us know with her Guest Posts!

What you would do in this situation? How would you advise MummyAirmiles?